Home > 2014 > September
Me and Richard Dawkins--Not That Different After All?The temptation of utilitarianism.Amy Julia Becker 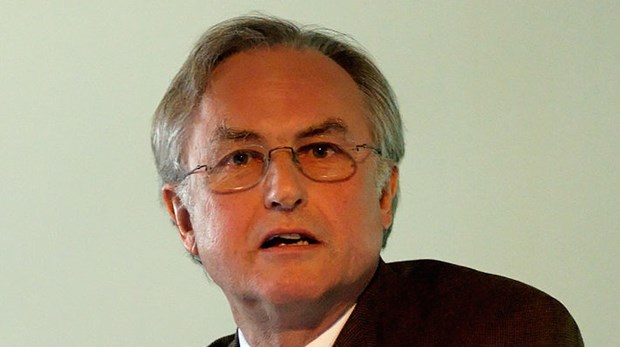 A few weeks back, Richard Dawkins got the Twittersphere up in arms. When a woman asked what she should do with a prenatal diagnosis of Down syndrome, Dawkins replied, “Abort it and try again. It would be immoral to bring it into the world if you have the choice.” He provoked a somewhat predictable outcry from parents of children with Down syndrome and the general population alike.

Not surprisingly, conservative writers took up the cause. J.D. Flynn, writing An Open Letter to Richard Dawkins in First Things, invited Dawkins to join him and his family, including his daughters with Down syndrome, for dinner. Matthew Hennessey wrote along similar lines for The National Review about the joy his daughter with Down syndrome has brought into their family. More liberal news outlets joined the cry against Dawkins as well. Writing for The Daily Beast, Elizabeth Picciuto deconstructed Dawkins’ argument in Why Richard Dawkins Would Fail Philosophy 101. In the New York Times, Jamie Edgan and Fabian Fernandez pointed out The Truth About Down Syndrome, citing statistics about children with Down syndrome and their families which bely Dawkins’ own contentions.

As the mother of a daughter with Down syndrome, I was tempted to jump into the fray. I was willing to admit the challenges Penny faces—orthodontic work due to a small palate, braces as a result of pronated feet, glasses for her nearsightedness, a mild hearing loss, impulsive behavior in school. But I also wanted to tell Dawkins, and the world, about Penny’s friends, about her favorite books, about how she stands up straight and tall and lovely in ballet class, about the way she always pretends to snap a photo when her dad kisses me.

Penny should be alive, I wanted to say, because her life really is valuable and meaningful to other people. Because she isn’t suffering. Because she is loved and loves in return. I wanted to argue with Richard Dawkins on his own terms, like the parents and the scientists above.

Dawkins demonstrates an ignorance of Down syndrome in his comments, and the majority of people in western culture share his ignorance. Articles like the ones I linked to above—those that point out the outdated and biased assumptions about Down syndrome and suffering—certainly do some good in upending misguided opinions and erroneous information. Still, misguided or not, Dawkins was trying to assert a consistent utilitarian ethic, which he describes like this:

…if your morality is based, as mine is, on a desire to increase the sum of happiness and reduce suffering, the decision to deliberately give birth to a Down baby, when you have the choice to abort it early in the pregnancy, might actually be immoral from the point of view of the child’s own welfare…

In other words, because the child might suffer, the moral choice is to abort the child.

But I kind of want to.

I would love for suffering to cease to exist. I would love to be able to evaluate ethical situations based upon a rubric that would ultimately maximize human happiness. There is even some Christian precedent for decreasing suffering. Jesus alleviated suffering through healing and teaching acceptance of the outcast. Christians throughout history have continued that work through hospitals and ministries of mercy and support for widows and orphans and social justice work on behalf of the oppressed. And Christians hold out hope for a world without suffering through passages like the vision from the end of Revelation that promises God will wipe every tear from our eyes, that there will be no more sorrow or pain.

Again, Christian history and theology offer rich and longstanding wisdom here, and yet I find myself shying away from that wisdom because it is wisdom borne of suffering. It is an embodied wisdom, wisdom that calls upon me to enter into the suffering of others. How many of us truly follow Jesus’ way of compassion, of suffering-with the one in pain and sorrow? How many of us remain faithful to the one struggling with depression, with mental illness, with debilitating physical disability? How many of us befriend the one with an intellectual disability and help alleviate the social suffering that can accompany this type of human difference? How often does the church welcome, and continue to welcome, the ones who are sufferin--in body or in spirit?

Dawkins’ statements were crude and uninformed, and yet they underline a common desire to sidestep pain when we see it. In an age of prenatal testing that reveals conditions that, unlike Down syndrome, are almost certain to lead to an early and painful death—what does it mean to be faithful and to show compassion, to suffer-with? How should mothers and fathers steward the lives that have been given to them if they know those lives will involve severe physical pain?

I cannot pretend to offer easy answers. But I return to the stories of faithful compassion and love for children who have entered this world only for a few moments. I suspect that parents are called to suffer with their children, and that the church is called to suffer with those families, and that somehow, in all this, we will better know and reflect the love of Christ to a broken world. But the questions surrounding suffering and children and stewardship and faithfulness spin me around and around. I want to avoid them altogether instead of engaging the reality of physical and mental brokenness.

So before I climb up on a moral high horse and excoriate Richard Dawkins—or the many women and men who follow his lead when it comes to attitudes about people with disabilities—I need to examine my own heart. I need to recognize that it is my own discomfort with suffering, and with children who suffer, that leads me to want to argue with Dawkins on his terms rather than to reject those terms altogether. Finally, I need to return to Jesus, to the one who suffered with us, but who also suffered for us, so that one day all suffering will be wiped away.

Atheism; Disability; Down Syndrome; Suffering and Problem of Pain
September 12, 2014 at 6:48 am
To add a comment you need to be a registered user or Christianity Today subscriber.

Me and Richard Dawkins--Not That Different After All?

Me and Richard Dawkins--Not That Different After All?