Home > 2015 > March
Are Christians Afraid to Talk about Contraception?Introducing a series on contraception and faith.Amy Julia Becker 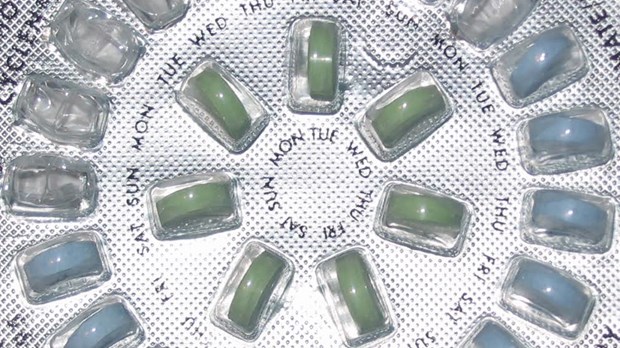 The Christian response to contraception tends to make news headlines, particularly in recent years. When the Affordable Care Act mandated employers pay for contraceptive methods, both Protestants and Catholics objected. Lawsuits ensued. Decades after the introduction of “the pill” to American life, decades after contraception became permitted by Protestant churches, contraception still makes headlines. I wonder, however, how often these public controversies work their way into the private decision making of women and men deciding how to approach sex and the possibility of procreation.

As a woman who got married at age 22, I didn’t take much time to consider the ethical or theological implications of my decision to use hormonal birth control (aka “the pill”). There were two questions I didn’t want to ask. One, I didn’t want to know whether the pill was an “abortifacient” (a method preventing implantation of a sperm and egg that had met) because if it was I would have to wrestle through the ethical implications of possibly preventing a pregnancy. Two, I didn’t want to entertain the possibility of becoming pregnant. Children were a scary prospect that would interrupt my plans, and I turned my head from asking the Lord for any guidance about how we as a couple should approach that prospect.

Six years later, after a few years of pronouncing we would be happy to never have children at all, we finally decided to try to get pregnant. Only then did I begin to question my assumptions up until that point. Only then did I start to wonder why I had been so unwilling to pray about the possibility of having kids.

I don’t know whether we should have tried to have children earlier. I eventually came to the conclusion that we are stewards of our bodies and our families, which means that contraception—in conjunction with prayer and conversation with a community of faith—can find a proper place in family planning. But I wish we had been willing to pray about our hopes and fears and the decisions we made when it came to birth control instead of trying to keep God and fellow Christians out of that conversation.

When I approached a series of different evangelical Christians about writing for this blog about their perspectives on contraception, I was struck by how similar their stories were to my own. Many of them said, “I’ve never thought about contraception in theological terms,” or, “I’ve tried to avoid thinking about the ethical implications of this topic.” I don’t know if such sentiment is as widespread as my small sample size and personal experience suggests, but I’m convinced that these issues are good ones for Christians to consider.

Over the course of the next few weeks, I am going to run a series of posts dedicated to the topic of contraception and faith. Some posts will be big picture—Rachel Marie Stone writes about contraception and global health, Dr. Emily Gibson explains how hormonal contraception works from a medical perspective, Kelley Mathews offers a history of contraception within the United States. Other posts will be personal—Matthew Towles explains his decision to have a vasectomy, Alice Teti writes about her decision to follow the Catholic Church’s teaching on procreation, Ellen Painter Dollar questions the ethical assumptions of Natural Family Planning.

I hope this range of voices and perspectives will aid us in thinking through these decisions in a way that brings God into the conversation. I hope they will provoke civil disagreement and growth. I hope they will expose our fears and open us up to life-giving possibilities.

Contraception; Family Planning; Parenting
March 10, 2015 at 10:05 am
To add a comment you need to be a registered user or Christianity Today subscriber.