Home > 2015 > March
Contraception Saves LivesReconsidering Margaret Sanger as one who was opposed to abortion but emphatic about the personal and social good of contraception.Rachel Marie Stone, guest author 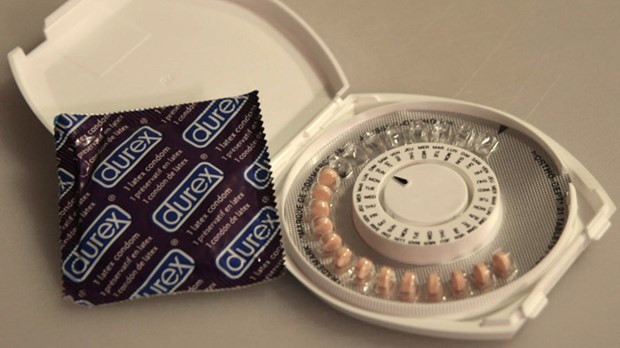 To begin our conversation about contraception and faith, I asked my friend and colleague Rachel Marie Stone to reflect upon her time working as a doula in Malawi. Here are her reflections on contraception and global health:

The young nurse was one of eleven living children -- one of eighteen, if you count the ones that didn’t make it.

Eighteen pregnancies, seven ending in death, in twenty-two years. That’s what the young nurse’s mother endured, before dying of tuberculosis at age 49.

Seeing her mother suffer and die was what inspired the young woman to become a nurse, and, specifically, to care for pregnant women.

And that’s what she did. As she worked among the largely immigrant working poor in New York City, she saw unspeakable suffering. Later, she would tell the story of the moment her vocation took a fateful turn.

The young nurse had been called to the apartment of Sadie Sachs, a poor woman who was extremely ill after attempting to perform an abortion on herself. Sadie begged the doctor to tell her how she might avoid future pregnancies.

He suggested, coldly, that Sadie -- a young married woman -- abstain from sex entirely.

Not long after, the young nurse was again summoned to Sadie Sachs’ apartment, where the same scenario was unfolding. This time, though, Sadie died from her attempt to abort her unborn child.

The young nurse -- whose name was Margaret Sanger -- threw her medical bag across the room in fury and vowed that she could not go on nursing until she had helped to make effective birth control widely available to working class and poor women.

On my first tour of Zomba Central Hospital in Malawi, Africa, where I lived from 2012-2014, an older nurse-midwife, Lena, told me proudly that she had visited the city of my birth, New York, to study at the Margaret Sanger Center in Lower Manhattan.

I wasn’t sure how to reply; Sanger founded Planned Parenthood, which, contrary to what Sanger would have wished, is today the largest provider of abortions in the United States. As it happens, Planned Parenthood did not, in Sanger’s day, provide abortions. Sanger herself opposed abortion, saying that “no matter how early it was performed it was taking a life.” But Sanger, like many medical professionals in her day, did hold eugenicist ideas. Eugenics were enshrined into compulsory sterilization laws in many U.S. states and supported by organizations like the Women’s Christian Temperance Union. I do not mean to excuse Sanger for holding these views, but I do want to give the charge of “eugenicist” a more complete background.

It occurred to me that Lena’s world was much closer to Sanger’s than mine. Here, women were likely to bear many more children than they wished to and many times more likely to die from complications of childbearing than women in America. A hundred or so years ago, my great-great-grandmothers struggled to feed their families on the meager wages they earned as immigrants in New York City. Like many women in Malawi, they greeted pregnancy with fear and dread -- not because they didn’t love children, but because they feared they wouldn’t be able to feed them all, or keep working to support the children they already had.

A woman’s desire for birth control is, even today, regarded suspiciously, as was seen in public discussions around the birth control provisions of the Affordable Care Act -- as if women desiring birth control were promiscuous or lazy or selfish, unwilling to host a blessing from the Lord, which children certainly are. But those of us who live privileged lives -- relative to the urban poor of a hundred years ago, and relative to the millions of women in the majority world -- are not always able to appreciate what access to birth control meant, and means, in these times and places.

Over the past ten years, a growing body of research has offered a compelling consensus: the increased used of modern (particularly woman-controlled) methods of contraception -- the Pill, the Depo-Provera shot -- by women who want them would save millions -- millions -- of lives.

As Sadie Sach’s story suggests, one way that access to birth control saves lives is by preventing abortion. A single leading cause of maternal mortality globally is complication from unsafe abortion. An estimated 68,000 women and their unborn children die that way each year. Greater access to contraception can drastically reduce abortion, one study suggests.

Those are many deaths that could be averted -- each year.

To me, these numbers are more than just numbers. As I walked the halls of Zomba Central Hospital, I saw hugely pregnant girls of 12 or 13 years of age. I saw women with untreated tuberculosis and HIV pregnant for the fifth, sixth, or seventh time. I saw babies born too soon due to their mothers’ overwork and malnutrition; babies going blind from their mothers’ untreated venereal disease. I saw hungry children in rural villages; five-year old girls carrying water jugs on their heads and baby siblings on their backs while their heavily pregnant mothers gathered firewood or hoed the maize.

And I taught Christian seminary students who believe that God gave them the right to demand sex from their wives whenever they wanted it -- which suggests that Natural Family Planning (NFP), however effective it may be, won’t likely work for women living in places like this. Nor will condoms, in places where men regard them as emasculating. In this context, invisible, woman-controlled methods -- like the pill or the Depo-Provera shot – become most desirable.

Margaret Sanger received hundreds of letters from women asking for birth control. Of these, Sanger wrote, “none was refusing motherhood altogether, or asking for an easy life.” Rather, they were hoping that birth control would help them to be good wives and good mothers to the children they already had.

Recent years have seen much debate over contraceptives, and whether they may theoretically prevent the implantation of fertilized eggs. Though the most up-to-date research suggests that they do not, it is, perhaps, impossible for us to know with 100% certainty.

What we do know, with a high degree of certainty, is that wider access to birth control -- domestically and globally -- has the potential to prevent millions of abortions, millions of maternal and infant deaths, and to drastically improve the lives of women and children in the most vulnerable areas in the world. 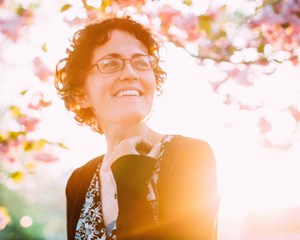 Rachel Marie Stone (@Rachel_M_Stone) is a regular contributor to CT's her.meneutics blog and has written for Christianity Today, Books and Culture, Sojourners, and many other publications. She's the author of Eat With Joy: Redeeming God's Gift of Food and a book about Jesus for children, The Unexpected Way.

Abortion; Contraception; Parenting
March 11, 2015 at 10:37 am
To add a comment you need to be a registered user or Christianity Today subscriber.