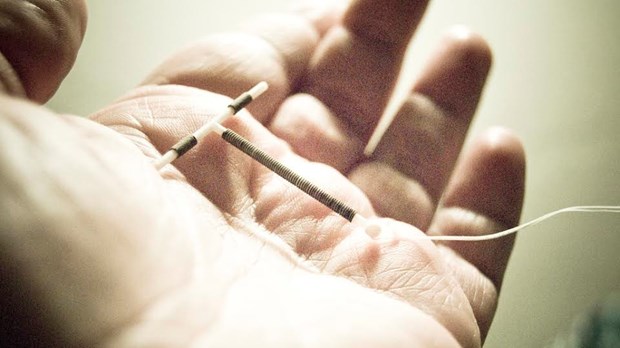 Dr. Emily Gibson has written about contraception for her.meneutics in the past, and I asked her to offer her perspective as a physician when it comes to the questions Christians might want to ask about hormonal contraception in particular. I appreciate her measured tone and informative approach:

As a physician who works in a college health center, each day my health care team sees sexually active women who are trying to make decisions about what contraceptive method they prefer. Their primary concerns are effectiveness, cost, convenience, and minimizing side effects. Very few women ask about how a particular birth control works; they just want reassurance that pregnancy won’t happen. It is our task to help them choose a method that fits best with their own particular medical and family history. Moreover, I feel it is important that each woman is given access to the information she needs to understand the potential ethical and spiritual considerations of her decision. She also needs to hear that no method is 100% effective, although some now come very close.

Choosing a contraceptive method comes down to very personal decision making of accepting the low risk of potentially life threatening complications, the very common risks of annoying side effects, and the theoretical though as yet unproven possibility of loss of fertilized eggs.

Not all contraceptive methods alter the hormonal cycle

“Natural family planning,” which limits intercourse to the least fertile times of cycle, based on monitoring the woman’s basal body temperature and cervical mucus, is still a viable choice for many Christians preferring no other interference in the prevention of a pregnancy. The older “barrier” and “spermicide” methods are still used but rarely a first choice for most women. Few couples rely on condoms solely for pregnancy prevention, although they are still marketed heavily as the most effective way for those choosing to be sexually active to reduce risk of transmission of sexually transmitted infections. Diaphragms, cervical caps and spermicidal sponges languish in our clinic cupboards as few women are interested in using a method that is less spontaneous, potentially messy and less effective than other methods.

The “Pill” Method is no longer just a pill

Those who choose hormonal contraception of combined estrogen and progestins, or progestins alone, have the choice of a pill, patch, injection, under the skin implant, vaginal ring or IUD. As a side benefit of their hormonal birth control method, women typically expect lighter, more predictable, easier or better yet, no menstrual periods.

Synthetic hormones were developed a half-century ago to suppress ovary function, resulting in no ovulation, and thus no egg for sperm to fertilize. The original revolutionary “Pill” contained high doses of estrogen and progesterone and was difficult to tolerate due to side effects of nausea, headaches, and weight gain, as well as increased risk of blood clots and stroke. Some women experienced too many complications to be safe taking the hormones, and resorted back to the older barrier methods and higher pregnancy rates.

Over the years, researchers determined that lower dosages of synthetic hormones could still prevent pregnancy with fewer side effects. One of the primary mechanisms of action for low dose hormonal contraception is understood to be change in the cervical mucus creating a barrier to sperm advancing into the fallopian tubes. Ovulation is still suppressed although with lower hormonal levels, it is no longer suppressed 100% of the time. Fertilization of an egg may still happen with hormonal contraception, though this method also can interfere with sperm penetration of the egg, so fertilization is considered unlikely.

Christians who honor life from conception may object to the theoretical but as yet unproven possibility that lower hormone suppression can result in a thinner, less hospitable endometrial lining in the uterus, thereby potentially preventing implantation of the rare conceptus (fertilized egg).

Statistically, although it is uncommon for pregnancies to happen using hormonal contraception. -- less than 3 out of 100 women users will become pregnant using this method -- successful implantation of a conceptus is still possible if all other hormonal mechanisms of action fail.

The early Pill caused life threatening complications from blood clots and strokes. The current lower hormonal methods still carry that risk, just in far fewer numbers. Women with migraine headaches or a family history of blood clots must avoid estrogen-containing methods as there is still significant risk of stroke or deep vein thrombophlebitis. There is overall less nausea and weight gain but new side effects of low estrogen levels include vaginal dryness with more risk of vaginal infections, decreased sexual drive (libido), erratic bleeding, fatigue and moodiness. Some women use these methods to suppress menstrual periods altogether for months at a time.

New life for an old method -- the IUD

Intrauterine devices (IUDs), both hormonal and copper, have seen a resurgence in use in the last ten years after a rocky history of life threatening infections and complications, including infertility, several decades ago. The newer materials and devices have been in extensive use in Europe and that data resulted in a change in FDA approval for safety for use in women with no previous pregnancies These devices have become some of the most popular and effective methods available, with contraceptive effects lasting up to ten years if desired. Both hormonal IUDs and copper IUDs cause an inflammatory change in the reproductive tract that affects sperm, egg and endometrial lining, resulting in low likelihood of fertilization, or in the case of hormonal suppression, low likelihood of ovulation. Compared to the past, these IUDs cause far fewer infections and carry low risk of infertility. Still, some women experience increased cramps with periods and erratic bleeding patterns.

These devices have been used successfully in the past as an emergency contraception within hours after unprotected intercourse so IUDs can potentially prevent implantation of a fertilized egg in the endometrium. This use is less common now with the widespread use of the emergency contraceptive pills.

When prevention fails, what about ECP?

Emergency contraception (ECP) has been much in the news with the controversy over faith-based employers’ decision not to cover the cost of ECP for their employees because of the concern over whether these higher dose hormones cause disruption of an established pregnancy. There is still disagreement over the mechanism of pregnancy prevention when these pills are taken within five days of unprotected intercourse, as the mechanism may differ with the time of menstrual cycle. The primary purpose of the progestins is to disrupt and interfere with a developing egg, so that ovulation will not occur, or so that the resulting egg is not fertilizable. With that said, the hormonal dose still can alter the endometrial lining significantly enough to prevent implantation of an already fertilized egg. The progestins do not disrupt an already implanted pregnancy (pregnancy tests are recommended before taking the medication to prove there is not an already existing implanted conceptus).

A Complex Decision in a Covenantal Relationship

Determining when and how to prevent or allow the possibility of pregnancy is one of the most profound and complex decisions a couple will face. Christians, in particular, should learn as much as possible about the myriad of options available, and consider whether the method chosen fits within the realm of medical risk, within a Biblical world view, and within a covenantal relationship pledged not only to each other, but to God Himself.

Emily Gibson is a wife, mother, farmer and family physician, serving as medical director at the Western Washington University Student Health Center for twenty six years. She is a regular contributor to KevinMD.com on numerous medical issues, and blogs daily at briarcroft.wordpress.com

Contraception; Parenting; Pregnancy
March 12, 2015 at 11:25 am
To add a comment you need to be a registered user or Christianity Today subscriber.

A Doctor's View on Hormonal Contraception

A Doctor's View on Hormonal Contraception