Preachers Dwell Less on Fundraising
April 7, 1997
This article is from the April 7 1997 issue. Subscribers can read all of CT's digital archives.

On-air fundraising and promotional activities by TV preachers have dropped to their lowest level in 15 years, according to televangelism expert Steve Winzenburg.

"Most religious broadcasters have adopted the approach of rarely and quietly mentioning their financial needs," says Winzenburg, communications professor at Grand View College in Des Moines, Iowa. "Even those preachers who had a reputation for dramatic fundraising and promotion, such as Oral Roberts and Jimmy Swaggart, now avoid any manipulative tactics."

In monitoring 14 religious broadcasters last fall, Winzenburg discovered that tv preachers spent an average of 7 percent of air time raising money and 8 percent promoting the ministry. The combined 15 percent for the two categories was the lowest total since Winzenburg began monitoring in 1981. He defines fundraising as asking for a specific amount and promotion as time spent publicizing a specific aspect of ministry.

Fundraising and promotion peaked in 1988 at 27 percent in the wake of the Jim Bakker PTL scandal.

In this study, Hour of Power host Robert H. Schuller spent the most time among television ministers raising funds, 11 percent. Swaggart and the 700 Club 's Pat Robertson both spent 8 percent of their time asking for money.

Those who asked for funds least included Roberts at 2 percent and Praise the Lord 's Paul Crouch at 1 percent.

Roberts, who a decade ago announced that God would call him home if he did not raise $8 million, once devoted more than half of his content to promotion and fundraising, according to Winzenburg. Swaggart, after revelations of his involvement with a prostitute in 1988, spent 97 percent of his air time in fundraising and promotion, Winzenburg says. 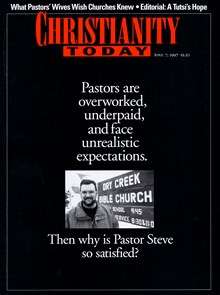