The Times should have run a correction. Instead, it might change government policy
A Christianity Today EditorialApril 23, 2001
This article is from the April 23 2001 issue. Subscribers can read all of CT's digital archives.
Sometimes it doesn't matter how many T's you cross and I's you dot, or how careful you are to color inside the lines; someone is going to accuse you of breaking the rules. That's what Samaritan's Purse found out March 5 when an article in The New York Times began, "An American evangelical relief group that is using private donations and United States government money to help victims of two earthquakes has blurred the line between church and state as its volunteers preach, pray, and seek converts among people desperate for help."

The article continued along this not-so-objective vein, supplementing the canard with quotes from anonymous sources who "privately complain that members of Congress have put pressure on them to finance the group's work, even though they have serious reservations about its proselytizing."

Samaritan's Purse, headed by Franklin Graham, countered with a convincing press release. The organization noted that federal funds accounted for less than 3 percent of its budget last year, that "they are used strictly and exclusively to fund the purchase of. … relief supplies, and are never used to fund any of our direct Christian ministry," and that such federal grants are strictly monitored and audited.

The U.S. Agency for International Development (USAID) "has never questioned or challenged our use of federal grants," the press release said. "Even The New York Times article contains no charge that we have failed to adhere to these federal guidelines." But the most devastating point in the press release notes, "While USAID has made a commitment of $257,000 for various components of Samaritan's Purse's ongoing work in El Salvador, as of today [it has] not funded this grant, meaning that none of the work in El Salvador ... 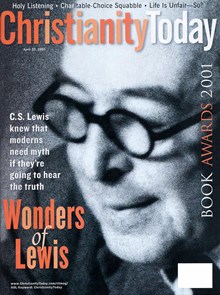 This article is from the April 23, 2001 print issue. Subscribe to continue reading.