Also see Christianity Today's "Resources for the Ensared | Christ-centered help for those struggling with Internet pornography and sexual addiction."

Other articles and resources about battling lust and pornography from Christianity Today include:

Come On
expand
hide this 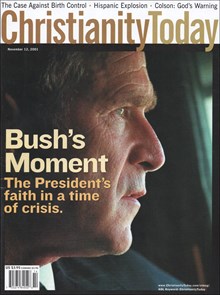 This article is from the November 12, 2001 print issue. Subscribe to continue reading.