"Israeli archaeologists discover 2,000-year-old stadium"
Ted OlsenAugust 5, 2002
This article is from the August 5 2002 issue. Subscribers can read all of CT's digital archives.

During construction of the Galei Kinneret Hotel at Tiberias, on the Sea of Galilee, Israeli archaeologists discovered a 2,000-year-old stadium. According to the first-century Jewish historian Josephus, Romans used the stadium not only for races and gatherings, but also to imprison and execute Jews who lost a battle against the Romans on the Sea of Galilee in A.D. 67. First-century Jews resented Herod Antipas for building the city over a Jewish graveyard, so Jesus may never have visited Tiberias (though it was visible from Capernaum). Nevertheless, says Paul L. Maier, professor of ancient history at Western Michigan University, "Anything from the first century is a very significant discovery."

Articles referenced above include: 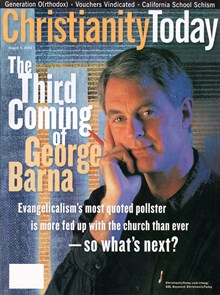 This article is from the August 5, 2002 print issue. Subscribe to continue reading.