We asked readers to compile their top 10 lists of DVDs they just couldn't do without—especially if they were stranded on an island in the middle of nowhere. Cast Away, anyone?
by Mark Moring|April 21, 2005

Recently, we asked readers to submit their lists of Desert Island Discs—the ten DVDs they'd want with them if they were stranded on a remote island. See, it's a very nice island, complete with a DVD player and a 60-inch plasma screen. Why talk incoherently to a volleyball named "Wilson" when you can watch your favorite flicks over and over and over again? 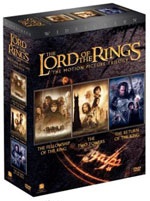 The LOTR trilogy was byfar the top choice

We received lots of replies, and we're reprinting all of the lists right here (with the exception of a few who submitted way more than 10, or who didn't play by the rules, or whatever.) Many readers picked The Lord of the Rings trilogy (extended edition), even though it meant giving up three of the 10 spots on their list, and a number picked the original Star Wars trilogy. Many picked The Princess Bride. More than a few chose Groundhog Day. And only three picked The Passion of The Christ, presumably because it's not a film you'd wanted to watch repeatedly.

I especially enjoyed the lists crafted not just of favorite movies, but with the theme—stranded on an island—in mind. Still, to that end, only three readers included Cast Away on their lists.

W. David Winner, for example, said he'd start with The Lord of the Rings trilogy because "adventures on the island would parallel life in Middle Earth." His list also included the original Star Wars trilogy ("I could practice The Force with coconuts and bamboo"), George of the Jungle ("to make me laugh, and to teach the animals how to be like Ape"), The Outlaw Josey Wales ("a great western to pass the time"), The Shawshank Redemption ("a great film about perseverance and what a little hammer can do to a big wall"), and Finding Nemo ("so I can learn to talk to all the fishes and practice my whale").

Nicholas Kleszczewski's list really got me chuckling for its sheer practicality; he even hyperlinked the most useful films for us: Advanced Heavy Weather Boat Handling Training, The Black Stallion, The Blue Lagoon, Boat Maintenance for Power & Sailboats, Cast Away, Back to the Basics of Boating: Boating Basics for New Boat Owners & Experienced Skippers, The Last Flight of Noah's Ark, Rescue From Gilligan's Island, Robinson Crusoe, and Six Days, Seven Nights.

Doug Floyd's top pick was Raiders of the Lost Ark because, among other reasons, "it might inspire me to search for treasures on the island." The rest of his list includes Andrei Rublev ("watching this film made me feel close to God"), Mr. Smith Goes to Washington, Can't Take It With You ("as a magical escape in the middle of nowhere") the LOTR trilogy, La Strada ("a stunning portrayal of human pain and longing for redemption; this might help remind me of my humanity"), Cinema Paridiso (to "keep the wonder alive"), Ordet ("to keep my faith alive"), Hoosiers, Ponette ("to stay surrounded by the beauty and innocence of childhood"), and Blue ("all three Colors movies; Kieslowski would remind me of what remains: faith, hope and love").

Bill Whaley's list started with the original Flight of the Phoenix starring Jimmy Stewart, saying, "If they can patch up a broken C-119 and escape, maybe I can do something, like tie bamboo poles together or hollow out a canoe." He continues with Apollo 13 ("the positive, can-do spirit that NASA exhibited . . . is what I need to keep my spirits up—and find a way off"), The Love Bug ("if I can't have my wife with me, Michelle Lee will do"), Driving Miss Daisy ("maybe I'll find a 'Friday' who has the wisdom of Morgan Freeman"), Independence Day ("two words: Will Smith. If he's anywhere around, we all have a chance"), Twister ("at least the island isn't prone to F-5 tornadoes!"), The Ladykillers ("love those moralistic plays"), O Brother Where Art Thou ("more Cohen brothers"), The Breakfast Club ("they got out of a stir, right?"), and Signs ("Mel Gibson's faith gets restored in the end. And, maybe I can hijack one of their spacecrafts. Or maybe not.").

Greg Stump rightly notes that the key to his choices were "a film's ability to sustain repeated viewings," and adds that he wants movies "with the ability to find the beautiful, humorous, authentic, and creative in the world God has given us." With those criteria, he chose Bottle Rocket; Wings of Desire; Ponette; Amelie; Groundhog Day; Eternal Sunshine of the Spotless Mind; Raising Arizona; Moulin Rouge; Crouching Tiger, Hidden Dragon; and The Office (season one). 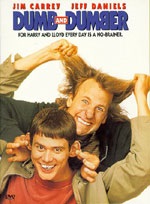 Paul Serras says this movie will keep things in perspective

Paulo Serras started his list with Dumb and Dumber "to forget about the mess I'm in and to have a great laugh, because there are always people who are dumber than you." He continues with The Gospel of John ("I probably forgot to take a Bible, so this movie provides me literally with the Message"), The Terminal ("teaches me to be creative"), The English Patient ("to create ambience at sunset"), Star Wars ("to learn how to be a hero when everything seems lost"), Titanic ("to remind me what could have happened if I had not found this desert island"), Jurassic Park ("to confront me with my fears"), Casablanca ("to relax and dream well after Jurassic Park"), One Flew Over the Cuckoo's Nest ("to train yourself not to go crazy on the island"), and Spider-Man ("I too can be a hero").

And then there was reader Mike Crowl who, rather than submit his own list, opted to question mine, saying he wanted to express his "surprise" at some of my choices: "While I agree you should have a Hitchcock, I think the humor of The Trouble with Harry is more likely to sustain you for your long sojourn than Rear Window, [which is] quite a slow piece, especially when the suspense is pretty much removed by knowing how it ends. The Trouble with Harry isn't so much a suspense piece as a character one, which gives it more longstanding interest." He questions my choice of The Sound of Music over Seven Brides for Seven Brothers, saying, "Could you really stand those nauseating children when you have the choice of Russ Tamblyn and the other brothers? Pul-lease!" And finally, Crowl asks, "Where is The Court Jester? Danny Kaye's best film ever, full of great songs, nifty sword-play, absurd rhymes, the funniest jousting ever filmed, and Glynis Johns."

To which I say, Hey, it's my list, and I don't want Danny Kaye OR Glynis Johns on my island. I'd much rather talk to a volleyball. Wilson!!

On that note, here are the other lists we received:

Chinyere Aja:The Passion of The Christ, Indiana Jones and the Temple of Doom, The Sound of Music, Drunken Master, The Lord of the Rings trilogy, Star Wars, The Lion King, Die Hard, The Ring, The Gods Must Be Crazy.

V. Arredondo:Hannah and Her Sisters, Enchanted April, O Brother Where Art Thou?, The Princess Bride, Rear Window, Like Water for Chocolate, Singin' in The Rain, The Night of the Hunter, Beauty and The Beast, The Incredibles. 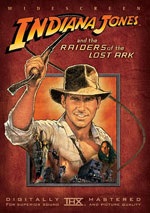 Raquel Cummins:Raiders of the Lost Ark, Ray, Corrina Corrina, Bill and Ted's Excellent Adventure, The Five Heartbeats, Babe, The Fugitive, Witness for the Prosecution, The Little Mermaid, Son of Paleface.

Nathan Dickey:The Passion of The Christ, The Lord of the Rings trilogy, Braveheart, Gladiator, Cast Away, Flight of the Phoenix, Black Hawk Down, The Patriot.

Christine Eustaquio: The Lord of the Rings trilogy, The Phantom of the Opera, I Capture the Castle, Two for the Road, Breakfast at Tiffany's, Remains of the Day, Fiddler on the Roof, The English Patient, An Affair to Remember, The Horse Whisperer. 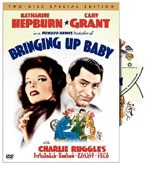 Jeremy Landes: My wedding's DVD, Hamlet, The Indian Runner, Rushmore, The Lord of the Rings trilogy, The New World, Fearless, The Pianist.

Russell Lucas:Ordet, The Decalogue, Rushmore, Night of the Hunter, The Passion of Joan of Arc, Freaks, The Son, Au Hasard Balthazar, Kill Bill volumes 1 and 2. 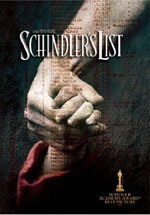 Gary Niemczak wants this Spielberg classic on the island

Veronica Panella: The Lord of the Rings trilogy, The Count of Monte Cristo, Troy, Jesus of Nazareth, Camelot, Big Fish, Master and Commander, The Return of the Jedi.

Beth Rambo & Jim Pence: The Lord of the Rings trilogy, Places in the Heart, Moulin Rouge, The Gospel of John, Joe vs. the Volcano, The African Queen, Casablanca, Kind Hearts and Coronets, Raising Arizona, Singin' in the Rain.

Josh Perryman: The Lord of the Rings trilogy, The Philadelphia Story, Casablanca, The Princess Bride, Moulin Rouge, L.A. Story, The Scent of a Woman, Groundhog Day.

David Phelps: The Lord of the Rings trilogy, X-Men 1 & 2, Singin' in the Rain, The Princess Bride, Ordinary People, The Mission, Scrooged.

James Allan Ragsdale:Airplane!, Blade Runner, A Christmas Story, Eternal Sunshine of the Spotless Mind, The Lord of the Rings: The Fellowship of the Ring, Space Hunter: Adventures in the Forbidden Zone, original Star Wars trilogy, The Third Man, The World of Henry Orient, You've Got Mail.

Janine Ryan:Indiana Jones and the Last Crusade, It Happened One Night, It's a Wonderful Life, Galaxy Quest, Finding Nemo, The Sound of Music, Beaches, Arsenic and Old Lace, Lord of the Rings: Return of the King, Rope. 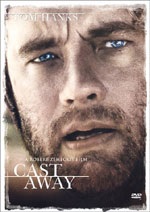 Maryann Shaw had this at the top of her list

Maryann Shaw:Cast Away; Singin' in the Rain; Pride and Prejudice; Rattle and Hum; The Beatles Anthology; The Great Escape; Ben Hur; Monty Python and the Holy Grail; The Lion, the Witch, and the Wardrobe (coming in December); The Man From Snowy River.

Patty Wachter: The Lord of the Rings trilogy, Field of Dreams, Out of Africa, Princess Bride, Toy Story, The Bad Seed, The Ten Commandments, Grease!