Indie artists Andrew Peterson, Jill Phillips, and Andrew Osenga weren't necessarily a good fit for typical record labels, so they joined some fellow indies and formed their own group: The Square Peg Alliance.
Jackie A. Chapman|September 5, 2006

Thirteen artists came together in early 2006 to form the Square Peg Alliance, a group of singer/songwriters who "really like each other." Finding the traditional mold of the music business was not always suitable, these 13 artists found a home in each other and decided to exist as the Square Peg Alliance for support and encouragement. The "Square Pegs" are Derek Webb, Andrew Peterson, Jill Phillips, Sandra McCracken, Andy Gullahorn, Andrew Osenga, Randall Goodgame, Katy Bowser, Jeremy Casella, Matthew Perryman Jones, Eric Peters, Chris Mason and Billy Cerveny. Peterson, Phillips and Osenga came together to explain the group's purpose, shatter any misconceptions about why they exist, and reflect on lessons learned along the way.

Who came up with the idea for the Square Peg Alliance?

Andrew Peterson It's hard to pinpoint whose idea it was because everyone saw the need individually.

Jill Phillips A couple years ago, Jeremy Casella came up with this idea for this indie community, and as everybody brainstormed together, the idea became too complex with business ideas [selling CDs]. So we revisited the idea after Andrew [Peterson's] Christmas tour this past year and decided, "Let's do this simply." Let's make it about support—no money, no business, just a community that exists to help each other.

PetersonInstead of creating some big infrastructure, we gave a name to what was already there—a bunch of friends playing music, trying to help each other out. That's the only difference between what we're doing right now and five years ago. It's almost a mutual admiration society. All of us like each other friend-wise, but we also admire each other's work and believe in it.

How did you decide on the 13 members? 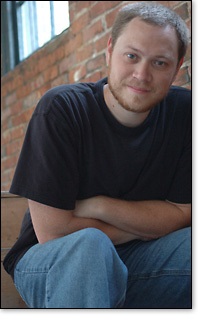