John Patrick Shanley, writer/director of Doubt, is certain of one thing: We should embrace our doubts, and not be so certain about anything.
Mark Moring|December 9, 2008

On the surface, Doubt—first the play and now the film, opening Friday—could be described as a story about a charming, charismatic priest who may or may not have sexually abused a young boy in his parish's Catholic school.

But John Patrick Shanley's Pulitzer-prize winning story is about so much more than that. It's about, as the title says, a quest for truth, and the doubts and certainties that inevitably crop up along the way.

Philip Seymour Hoffman plays Father Flynn, the aforementioned priest. Meryl Streep stars as Sister Aloysius, the stern school principal who is certain—despite no physical evidence—that Flynn has gone too far with one of the boys. And Amy Adams plays Sister James, the epitome of grace and innocence who isn't nearly so sure as her principal about Father Flynn; she is, indeed, nagged by doubts.

So, while "Did he or didn't he?" is certainly an anticipated audience reaction, Shanley hopes viewers will consider the situation—and their own doubts and certainties—on a deeper level. Shanley says it's fine to embrace doubt, and even more, he says it's wrong to embrace any sort of certainty, "because it ends the conversation."

Doubt is semi-autobiographical, in that it's set in a Catholic school in the Bronx similar to the one Shanley attended as a child—run by the Sisters of Charity and led by a strict principal. But he says he wrote the play because he "felt surrounded by a society that seemed very certain about a lot of things.

"Everyone had a very entrenched opinion, but there was no real exchange, and if someone were to say, 'I don't know,' it was as if they would be put to death in the media coliseum. There was this mask of certainty in our society that I saw hardening ... 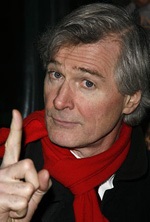