A thriller about romantic fixation is deflated by an unconvincing antagonist but does try to raise worthwhile questions about marital integrity.
Tim Avery|May 1, 2009
Our Rating

Derek Charles (Idris Elba, who starred in The Wire and more recently had a brief stint on The Office as Michael Scott's cold-hearted replacement) is an up-and-coming executive for a financial firm. He's just gotten a promotion, and he and his beautiful wife Sharon (Beyoncé Knowles) are the proud new owners of a sprawling home. They're also madly in love, as we watch them in the opening scene flit from room to room enjoying some playful alone time before the movers arrive. Oh, and they've got a super-cute baby sound asleep downstairs. Life is good.

Enter Lisa (Ali Larter), a gorgeous new temp worker whom Derek meets the next day in the office elevator. You know she's going to be trouble within ten seconds, which is how long it takes her to conveniently drop her books and show Derek a little bit of leg in the cleanup process. Yes, the seduction game is on. Derek is none the wiser, though, sharing a bit of playful banter with her before heading to his office and moving on with his day.

But Lisa's back in tomorrow, only now as a sub for Derek's administrative assistant, who just happens to have caught a stomach bug. It's clear that she means business, taking every opportunity she can to put herself in front of Derek and enmesh herself in his life. She invents a break-up story in the break room to win his sympathy. She burns him a music CD. And at the office Christmas party (spouses not allowed!), she plays the role of awkward newcomer to win a seat at the bar next to him and liquor him up. Uh-oh. 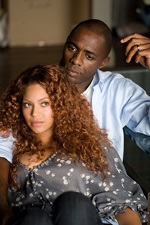