This thoroughly underwhelming update of a 1956 detective/crime/journalist drama tries too hard to be its predecessor.
Alissa Wilkinson|September 11, 2009
Our Rating

Say you're a hotshot investigative journalist, a rising star in a Shreveport, Louisiana television newsroom, but due to budgetary restraints you've been relegated to covering soft stories—dog obstacle course races and coffee taste tests. But you've been watching, and you have a hunch that the District Attorney, who is running for governor, is dirty. Something just doesn't check out about the guy. He's too smooth.  His history seems implausible. Every one of his cases seems to be won with DNA evidence. But you're dating one of his underlings.

So you and your buddy concoct a plan to plant circumstantial evidence that will lead to wrongful indictment in a murder—and you plan to indict yourself. Then you can catch him in the act and prove his guilt. And maybe you'll win a Pulitzer for your daring work.

But these things never go quite according to plan.

Sometimes I see a film that isn't very good—maybe the acting is a bit stilted, or the writing is overly ambitious and twisty, or the story never quite clicks into place—but it's clear that the director had an ambitious vision that simply exceeded his budget or slipped out of his grasp. It's not quite a good movie, but I can tell that there's something special about it, and so I can enjoy it.

Beyond a Reasonable Doubt is not that movie.

It's a remake of the last American film by Fritz Lang (Metropolis, M, The Big Heat), who helped to kick-start the film noir genre by establishing such conventions as a moral ambiguity, moody lighting, and psychological conflict. Lang purportedly made the film to prove a point about the insufficiency of circumstantial evidence in court cases.

That goal is certainly accomplished by this remake, but it's trying way too hard to be ... 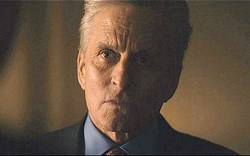