Seven years ago, while at the top of her game, Jennifer Knapp announced what seemed to many a sudden decision: She was stepping away from Christian music, taking an indefinite hiatus. Rumors began to swirl—she was burned out, she needed a rest, she was upset about something, she was gay. Turns out that all the rumors were true, as Knapp reveals in this rambling, exclusive interview with Christianity Today. The one-time Grammy nominee ended her hiatus in late 2009 with a few small shows, an updated website, and an announcement that she was writing new songs. Many of those songs will be featured on Letting Go, releasing May 11, her first album since 2001's The Way I Am.

In one of her first extensive interviews since announcing her comeback, Knapp, 36, talks to CT about why she quit music in the first place, her lifestyle choice, her rekindled passion for songwriting, her faith, her new album, and more.

You announced your "hiatus" in 2003. Was that a sudden decision, or was it boiling for a while?

Jennifer Knapp: It was boiling for me. I think people thought I just fell into a hole and disappeared, but I had been trying to get out of being on the road 250 days a year. Lay It Down was a 2000 release, and The Way I Am was 2001; those records were literally back to back, and I was touring while recording The Way I Am. I was telling people "Man, I can't keep up the schedule. This is just a little bit crazy." I didn't have any space to just be a normal human being. I finally realized nobody was going to make that decision for me, so I just said, "I'm not kidding. I need a break, and it starts now."

That decision came mid-2001, but my schedule didn't allow me to stop until September 2002, when I did my last show; I basically still ... 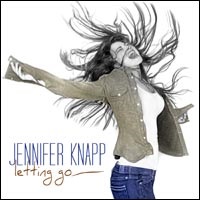