From Informant to Informer

The "son of Hamas" senses God in his life before coming to Christ.
Interview by Timothy C. MorganJune 8, 2010
This article is from the June 2010 issue. Subscribers can read all of CT's digital archives.

Few 32-year-old Christians write autobiographies that become instant bestsellers. But Palestinian Mosab Hassan Yousef, now living in the U.S., has: Son of Hamas: A Gripping Account of Terror, Betrayal, Political Intrigue, and Unthinkable Choices (SaltRiver). And why not: He grew up in radicalized Islam in the West Bank, was imprisoned in Israel, and eventually became disgusted with Hamas, the militant group his father helped create. He then came to Christ while working as an informant for Israel's Shin Bet security service and helped prevent political assassinations. Since the release of his book, he has spoken frankly to American evangelicals about Islam and Middle East peace. Recently he spoke with CT deputy managing editor Timothy C. Morgan.

You describe the ten years you spent as a high-level informant for the Shin Bet, the Israeli counterterrorist agency. Did you ever think your decision was a mistake?

I questioned myself every time. I knew this was not why I was born, but I was absolutely stuck. Every time I thought about leaving, it meant that it was going to get worse—for my family, my friends, my people, and the Israelis. I did as much as I could, but I reached a level [where] I had to leave.

How do you now love an enemy?

I learned all my life how to hate Jews. Now I [had] a golden opportunity to apply love-your-enemy practically, when I saved the lives of people I had never met. I did what I did for my God. When I have a tough decision to make, I ask myself this question: If Jesus Christ were here today, what would he do? This is how I survived. I imagined Christ in my position.

From Informant to Informer

From Informant to Informer
expand
hide this 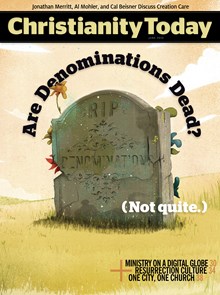 This article is from the June 2010 print issue. Subscribe to continue reading.