Recent statistics on prejudice and religion, giving to Haiti relief, and other topics.
Compiled by Ted OlsenMarch 15, 2010
This article is from the March 2010 issue. Subscribers can read all of CT's digital archives.

Americans who attend church less than once a week are 2.4 times more likely than weekly attendees to report a "great deal" of prejudice toward Muslims.

Americans who say they feel at least "a little" prejudice toward:

Protestant pastors who say their church's 2009 offerings were:

$1.64 million
Amount given to Haiti relief in private donations per hour in the week following the January 12 earthquake.

How people gave in the week following the earthquake: 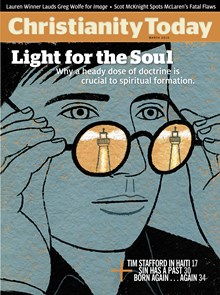 This article is from the March 2010 print issue. Subscribe to continue reading.