Over the Rhine's fans have always connected with their songs, and with 'The Long Surrender,' that connection is stronger than ever. A conversation with Linford Detweiler.
Elizabeth Sands Wise|February 7, 2011

Last spring, when Over the Rhine invited fans to financially partner with them for a new album, Karin Bergquist and Linford Detweiler were overwhelmed by the response. In less than three weeks, all anticipated costs were covered, and then some. Maybe it's because OTR fans have been partnering with the band for years in other ways—sharing music, writing letters to Bergquist and Detweiler, attending concerts in dark, smoky pubs, in green city parks, and in crumbling churches. Or maybe it's because OTR fans "have a way of inviting that music to be part of the big moments of their life," as Detweiler says.

The married couple have been making music together since 1989, and in 2007, they started an independent recording label, Great Speckled Dog. OTR has consistently crafted thoughtful, sacramental songs, songs about love in both its beautiful and painful manifestations, songs about politics and places, songs about the playful and unpredictable moments of everyday life.

The Long Surrender, which releases today, was recorded with famed producer Joe Henry, who wanted to, in Henry's words, "blow the seams out of the songs." And they did. In an e-mail to fans, Detweiler wrote, "It felt like Joe put everything on a train—all the surprising things we saw out the windows as we rolled through the night, the rumble and the rhythm." But it isn't just Henry's influence; it's the more than 2,000 fans who hopped on that train before it even left Nowhere Farm, the home Bergquist and Detweiler share just outside Cincinnati.

Your fans funded The Long Surrender. How'd that come about?

I think it's part of the larger conversation of the music industry being in a mess. It feels like the veil between songwriter and listener has been rent ... 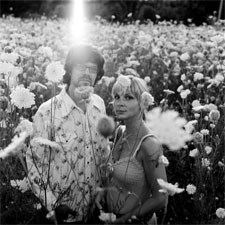