Adam Young, the one-man band best known as Owl City, became one of the world's most famous people virtually overnight in 2009, thanks primarily to his monster hit single "Fireflies" from his platinum-selling debut, Ocean Eyes. He's toured the world, played hundreds of shows, and says he's grown up quite a bit since—but he's still just as shy as he's ever been.

Which is why when we asked for an interview to discuss his new album, All Things Bright and Beautiful, Young opted to do the Q&A via e-mail—just as he did when we interviewed him last year. Young says his shyness "certainly hasn't decreased by any means" and "telephone conversations still terrify me." We didn't want to terrify the guy, so e-mail it was.

In this digital conversation, we talked to Young about his sudden fame, his new album, his relentless schedule, his "romantic butterflies," and his faith. Young says, "Music is something that I can't imagine living without, and though it means more to me than the world itself, there is something that weighs significantly heavier on the scale of all things valuable and important in my life, that being my relationship with Jesus Christ. I am completely and utterly bereft of speech at how the Lord has chosen to use music in my life and what I do as Owl City."

When we last traded e-mails, your life was nuts—a grueling world tour, a lack of sleep, always on the move, barely a moment to relax. When you finally had a chance to slow down, what did you do?

The past twelve months have certainly been a whirlwind, and I could probably count the number of off-days I've had on one hand. But when your career revolves entirely around your passion, it's not a bad way to work by any means. The day after I returned home ... 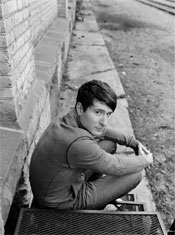