The Story of the World in the Life of Jesus
Timothy Keller|March 18, 2011

The doctrine of substitutionary atonement] will be hard for you if you're among those who struggle with the Christian teaching about the Cross. It's natural to assume that [Mark 10:45] is giving us one more example of those ancient, primitive, bloodthirsty gods worshiped by those ancient, primitive, bloodthirsty societies. In The Iliad by Homer, for example, Agamemnon doesn't get fair winds to Troy until he sacrifices his daughter. That appeases the wrath of the gods, and then they let him go to Troy. What Jesus says in Mark may seem to be just another variation on that theme: a savage ancient culture, ruled over by an irritable god, demanding blood sacrifices for the release of innocent slaves and prisoners.

But that's not what's going on here at all. And why not, you may say? If God is really a loving God, why doesn't he just forgive everybody? Why did Jesus have to go through suffering into death? Why did he have to be a ransom?

Here's the beginning of an answer: Jesus didn't have to die despite God's love; he had to die because of God's love. And it had to be this way because all life-changing love is substitutionary sacrifice.

Think about it. If you love a person whose life is all put together and has no major needs, it costs you nothing. It's delightful. There are probably four or five people like that where you live. You ought to find them and become their friend. But if you ever try to love somebody who has needs, someone who is in trouble or who is persecuted or emotionally wounded, it's going to cost you. You can't love them without taking a hit yourself. A transfer of some kind is required, so that somehow their troubles, their problems, transfer to ... 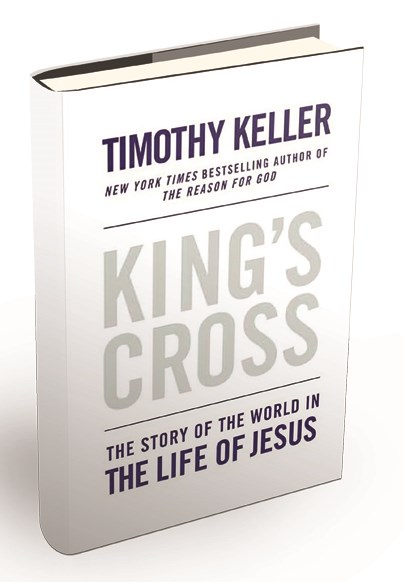