When the National Day of Prayer is observed on Thursday, two disabled women will be front and center. Perhaps God didn't answer their prayers for healing, but they were answered in other ways instead.

One is Joni Eareckson Tada, a quadriplegic since the age of 17 and an advocate for people with disabilities worldwide. As the NDP's Honorary Chairman this year, she will give the keynote address at the national observance in Washington, D.C., as well as read the 2011 National Prayer.

The other is Ginny Owens, blind since early childhood but today an acclaimed singer/songwriter in both Christian music and outside the box too. Owens was invited to sing at the event in Washington on Thursday, and tells CT she's "very excited" about it.

We asked Owens a few questions via e-mail about this opportunity.

Why do you want to do this?

I know that I need to pray nearly as often as I need to breathe. I'm honored to get to pray for our nation with others who likely feel the same way. I consider it a tremendous blessing and privilege that in this country, we still have the freedom to pray publicly, and that's a freedom we may not always have.

Do you consider yourself a "political" person?

I do not consider the National Day of Prayer a political event at all. Instead I think of it as a day to fall upon our faces before God and ask for mercy for our nation and revival for the hearts of its people. I am in no way a political activist. Although I have many personal convictions, I prefer to use music as a means of communicating God's love and truth to others. I'll leave politics to the politicians.

Some people complain about NDP, saying it's unconstitutional (though an appeals court recently ruled that it is constitutional). Your thoughts? 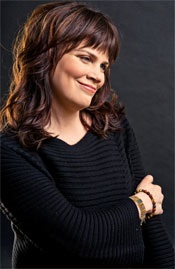