Even if you agree with what this remake attempts to do, this was the wrong way to do it.
Timothy Wainwright|July 1, 2013
Image: Peter Mountain / Walt Disney Pictures
Our Rating

This weekend, see anything but The Lone Ranger. The only thing Western about Disney's Pirates of the Caribbean 5: Wild Westapalooza is that it happens to take place in nineteenth-century Texas. This could have been a great movie—but instead, director Gore Verbinski gives us a remake that is too short on story, too long on time, too reliant on spectacle, and way too overtly political (leaning towards the cynical and anti-American).

The Lone Ranger is the story of a boy (played by Mason Elton Cook) who wanders into a Wild West exhibit at a carnival that promises to take him, with a tip of the hat to the original radio series, to "the thrilling days of yesteryear!" He enters only to meet an elderly Tonto (Johnny Depp) who recounts his adventures as they, you know, really happened.

Tonto tells the tale of clean, Charlie-Brownish city lawyer John Reid (Armie Hammer), who is just arriving back home to Texas to become his town's prosecutor. Of course, he has baggage at home in the form of his teasing older brother Dan (James Badge Dale) and sister-in-law/former lover Rebecca (Ruth Wilson). When outlaw Butch Cavendish (William Fichtner) kills Dan in an ambush, though, John must step up to the plate and bring the bandit to justice. When he links up with Tonto, the crazy Comanche mystic, hilarious hijinks are of course unavoidable—but before long, the bumbling buddies stumble into a plot that implicates railroad tycoons, town mayor Cole (Tom Wilkinson), and the U.S. Cavalry.

That barebones summary makes the story sound almost coherent. But the movie goes on so many rambling side trails that it ends up failing to commit any time to making the motivations of any of the players—white hats or ... 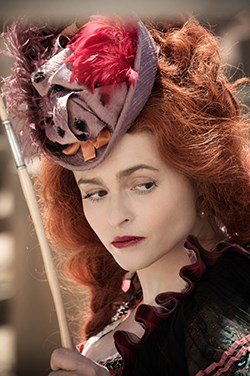