We report from the Full Frame Documentary Film Festival 2014 and talk to the directors of some of the most important films.
Kenneth R. Morefield|April 11, 2014

There is a moment in Our Man in Tehran, Drew Taylor's and Larry Weinstein's documentary about "the Iranian hostage crisis and Canada's role in it," when former hostage William Daugherty describes being tortured. His hands were bound together with wire to cut off the circulation and make them more sensitive and then beaten with a hose. Daugherty calls it the worst, most excruciating pain he has ever felt.

There is something humbling and haunting about approaching another human being in the place where he has been hurt the worst. An action as perfunctory as a handshake before or after an interview can remind you of how much power—to cause pain or to promote healing—there is in the human touch, how words and deeds have consequences that will be felt for years.

Our Man in Tehran: "What's the Right Thing to Do?"

History is comprised of human lives, and one of the things that made Our Man in Tehran a highlight of the Full Frame Documentary Film Festival (held April 3-6 in Durham, North Carolina) was that while the personal narratives provided context for the broader historical narrative, they were never eclipsed by it. Co-director Larry Weinstein said he tries to shy away from voice-over narration partly because it can come across as spoon-feeding history. He prefers to let his film's subjects talk directly to the audience—and they do.

The "Man" of the title is Ken Taylor, the former Canadian ambassador to Iran who risked his own life and those of his countrymen to help six Americans who had fled the fallen embassy get out of Iran. Co-director Drew Taylor ... 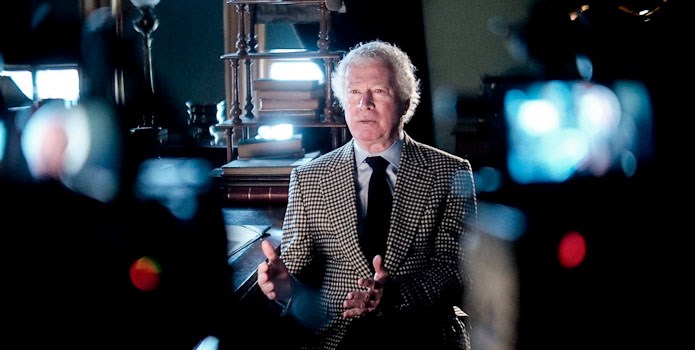