Memory and its link to justice were a hot topic for 2014's pop culture.
Alissa Wilkinson|December 30, 2014
Image: Showtime
Dominic West and Ruth Wilson in 'The Affair'

See yesterday's post for an introduction to this series on themes pop culture explored in 2014.

It happens every year, whenever families gather for the holidays: someone starts telling a story about something that happened in the past—and another family member remembers it differently. An argument erupts over what really happened.

Nobody can win this argument. Someone must be right, we figure, and yet both people are convinced their version of events is the right one. Without a video for everyone to sit down and watch, it's as if both versions of the events exist; which one is “real” is almost beside the point. As long as both parties are being honest about their recollections, it's impossible to tell. And so both versions of the story pass into family lore. 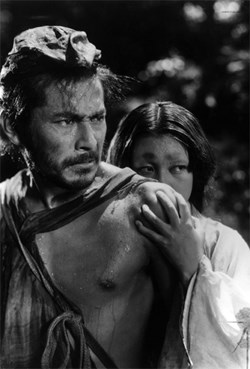 One of the early pop cultural explorations of this phenomenon was Rashomon, the classic 1950 Japanese movie in which the great filmmaker Akira Kurosawa looked at the nature of truth and how it shapes the justice system by telling four different versions of a man's murder and the rape of his wife. Since then, various procedural shows, films, books, and other stories have gone over the same territory, looking for clues to how human memory works and what that means for justice and punishment.

That question—of how memory and justice are intertwined—is obviously political, particularly in a system which relies on witness, testimony, and human juries to determine the “official” series of events, as well as if and when someone gets punished. But it's also a religious question, because in some ways, our memories constitute ourselves. A man who loses his memory to amnesia, for example, has little to no knowledge of who he is, and therefore no sense of how to live his life. Our memories tell us who we love, what we want, where we've been, and where we intend to go. Our memories seem tightly linked to what we'd call our souls—our immortal essences.

And so when our memory conflicts with another person's, it poses deep, disturbing questions about truth, identity, and our own natures. Who is right?

2014 was full of explorations of this question. In HBO's wildly popular miniseries True Detective, characters were questioned about the past—events they wished to forget—and gave different accounts. Recollecting the past, however reluctantly, made them start thinking about what had happened much earlier, and it led to actions in the present that nobody had expected. 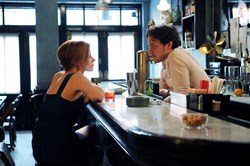 Jessica Chastain and James McAvoy in 'The Disappearance of Eleanor Rigby'

The film The Disappearance of Eleanor Rigby was released in three versions, subtitled Him, Her, and Them. The film explored an important event—the breakdown of a marriage—from the perspective of the husband (Him), and then the wife (Her). In each of those films, the camera was used not as an unbiased record of events, but as a mind's-eye view of the memory of the main character, in which people's reactions, expressions, and even sometimes clothing change based on how the character remembers the events. (I reviewed Them, which combined their perspectives to create one apparently-coherent perspective, and pointed out how much less interesting it was for it.) 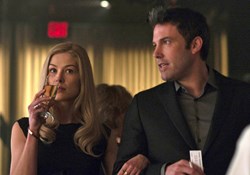 In David Fincher's blockbuster Gone Girl, the camera is used to similar effect, though a bit more subtly. Once again, the narrative turns on the stories told by a husband and a wife—this time to more sinister ends. And I won't give it away in case you haven't seen the film, except to say that in several instances, the camera once again shifts from impartial record to the story told by a character that becomes “true,” in a sense, simply because it was told. Whether or not it “happened” seems irrelevant; what matters is what people think happened.

The Showtime show The Affair, recently nominated for several Golden Globes, does something like this, too, telling the story of an affair between Noah and Alison—and a crime, too—by splitting each hour-long episode into two halves. Each half retraces the same series of events from either Noah or Alison's perspective, and subtle tricks help show us how different character's perceptions change their understanding of their own guilt or innocence. In Alison's recollection, for instance, her own clothing is often much more conservative than in Noah's; Noah's recollection has Allison pursuing him, while she remembers it the other way around. Each time, key facts and timelines of the story remain the same, but other parts change, coloring the characters' idea of what actually happened. 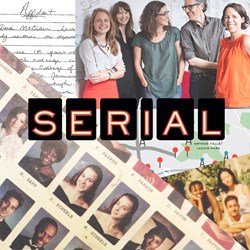 And perhaps most markedly, the breakout hit podcast Serial (produced by the team behind the public radio show This American Life)—which by mid-November was averaging over a million and a half listeners per episode—spent twelve episodes exploring a 15-year-old murder case in Baltimore. Journalist Sarah Koenig reported on the story for a year and a half, talking to the man in prison for murdering of his girlfriend (he was 17 at a time), who still maintains his innocence, examining evidence, reading records, retracing steps, and interviewing many other friends, family members, experts, and basically anyone who might be able to shed light on the case. The most salient thing that Serial revealed—even from the very first episode—was that memory is faulty, and that stories change for reasons that are opaque to the outside observer. Juries can be swayed by stories that could very well turn out not to be true. Justice based on testimony can be broken. But then again, who knows? Is he innocent, or is he guilty?

These aren't all the stories that looked at the nature of memory and its relationship to justice, truth, and human nature this year, but they're some of the most popular. They've been the subject of wide debate among audiences and acclaim from critics and fans alike. Clearly, they're hitting a nerve.

One of the most widely-read thinkers on this subject isn’t from 2014, or even 1014: it’s St. Augustine of Hippo—in Book 10 of his Confessions, written around 400 A.D. The Confessions is one of the earliest surviving examples of a reflective autobiography or memoir. In it, Augustine retells the story of his own life, exploring the thread of desire that led him from childhood, through a promiscuous young adulthood, and into his calling as a bishop. 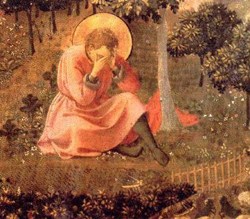 In Book 10, having finished the recollection of his personal history, Augustine describes memory as a “great field or a spacious palace, a storehouse for countless images of all kinds.” As I understand it (with help from this article by Dave Tell), Augustine sees memory as an inner chamber in which images of the past are stored—but in the process of storing, they undergo change and are gathered, reordered, and stored for easy access. As Tell puts it, “the spacious palace of memory, in other words, positions the past as it preserves the past; placement is a form of management.”

In that way, then, Augustine sees memory much as the creators of our pop culture do. What we remember about the past is malleable. It's not a perfect recollection of what happened, but rather a story that we construct out of images we retain that helps us explain the past.

This could be scary to us: how do we know what's true? But it's also freeing—as some postmodern thinkers would have it, it's not that truth doesn't exist, but that we humans are fallible and subject to biases, desires, and our own human nature in how we recount it.

Knowing this casts Augustine's entire project in his Confessions into a new light—and Augustine himself knew this. “How then do I seek you, O Lord?” he asks in Book 10. And his answer is a bit surprising: “Truly, you dwell in my memory, since I have remembered you from the time I learned of you, and I find you there when I call you to mind.” There is more to this—philosophers have been talking about it for centuries—but in essence, Augustine discovers that confession itself is the place where he finds God in his memories; the act of confessing helps him remember things he can't put into memory himself. Like God, for instance, who cannot be an image—but confessing his past to God helps him see God throughout his own story.

This shows up in our own stories of memory, particularly in how confession and justice are employed and explored. All five of the stories I named above take place within the context of finding justice and assigning blame, of discovering who is guilty and who is innocence. Recounting the stories, it seems—confessing them to a detective, or to a reporter, or to a therapist, or to another person—is an act of confession.

And this is important: in all of these stories, the confession's effectiveness in bringing about justice or reconciliation seems to directly correlate to how honest and contrite the teller is, even if it's not clear whether or not his or her story is the “right” one. The attitude and motive behind the confession is what matters; those who lie to themselves or to others find they're in a worse place than where they began.

All this seems especially important in a year where juries, justice, and testimony have become matters of grave concern to many people, and in which it seems nobody trusts anyone to be telling the truth. We want definite proof and a flawless justice system in which we can know with perfect certainty that one person is right and another is wrong. But the stories we tell ourselves are reminders that this is almost impossible. The Affair, True Detective, Eleanor Rigby, Gone Girl, Serial: all of these remind us, regardless of our religious beliefs, not to lean on our own understanding.

1 of 6
Jessica Chastain and James McAvoy in 'The Disappearance of Eleanor Rigby''Serial'St. Augustine of HippoRosamund Pike and Ben Affleck in 'Gone Girl'Toshirô Mifune and Machiko Kyō in 'Rashomon'Matthew McConaughey in 'True Detective'