A star-crossed teenage love story about the biggest of big questions.
Brett McCracken|June 6, 2014
Image: James Bridges / Twentieth Century Fox
Shailene Woodley and Ansel Elgort in 'The Fault in Our Stars'
Our Rating

Near the end of The Fault in Our Stars there's a scene in a church where three teenage "cancer kids" gather to perform a fake funeral, delivering eulogies for one another. One is blind, one's in a wheelchair, and one has an oxygen tank.

Each is keenly aware of their finitude and the reality of death. Each is familiar with suffering. Life is not as they wished it would be—but it is what it is.

The scene is a tearjerker but also breezy and funny, carrying both the horror of "oblivion" (as one character refers to it) and the ecstasy of life in one full heart. It's a tone that defines the movie generally. As a star-crossed teenage love story, it's neither too cynical nor too sappy. It's existentially burdened but also cheerfully in the moment, concerned with the biggest of questions but also (perhaps mostly) with the here and now.

The film, directed by Josh Boone, is first and foremost a love story between Hazel Grace (Shailene Woodley) and Augustus (Ansel Elgort), teenagers with terminal cancer who meet in a support group. Much like last year's The Spectacular Now, which also starred Woodley, Stars captures beautifully the innocence and frailty of adolescent love, haunted as it is by the specter of impermanence. In this case the pressure of now is even greater, however, as death could come swiftly for either one of them.

At one point, the pair goes to Amsterdam for a Make-a-Wish-Foundation trip to visit the reclusive author (Willem Dafoe) of Hazel's favorite novel, An Imperial Affliction (an Infinite Jest-esque work). The connection between Hazel and Augustus is forged most deeply in this time abroad, in a way that reminded me a bit of Lost in Translation. Indeed, ... 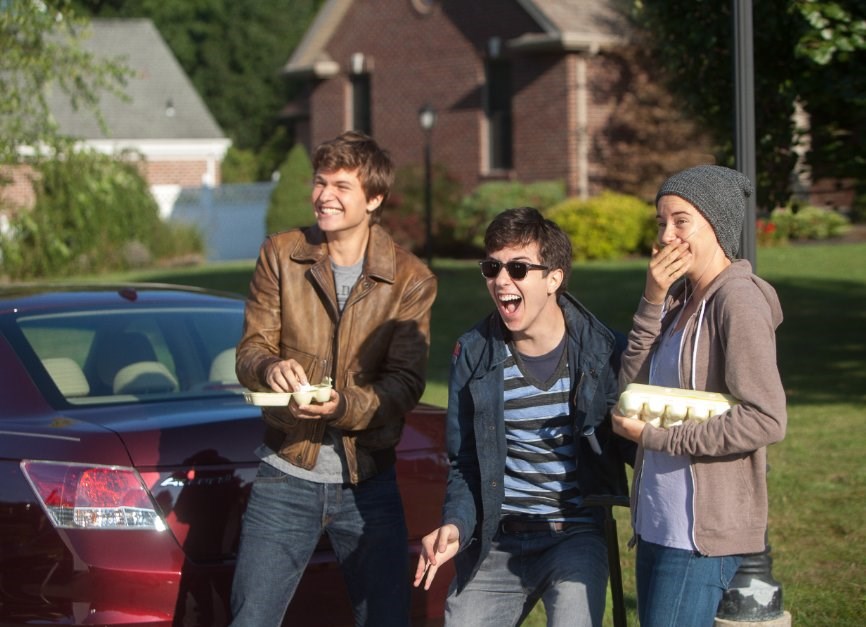