When it's good, it's very very good, and when it's bad it's perfunctory.
Jackson CuidonMay 1, 2014
Image: Niko Tavernise / Columbia Pictures Industries, Inc.
Andrew Garfield in 'The Amazing Spider-Man 2'
Our Rating

On the surface, it seems like 2014's movie audiences don't expect much—these movies aren't expected to compete with The Master or The Act of Killing or whatever. There's no expectation of high-brow quality here. It's an open secret that superhero movies, like their comic book cousins, are first and foremost a commodity—an industry worth billions of dollars per year. David Poland over at Movie City News lays it out clearly: "There are other franchises on other landmarks along the way ... but these big-brand comic books have been box office leaders for 25 years now."

This isn't a bad thing at all—historically, I've loved this mess—but it means modern superhero movies have a strictly defined template. This model is maybe best exemplified by The Avengers: witty characters, unquestionably evil opposition, snappy dialogue, casualty-free action, and most of all: never get too serious. There's a charming shallowness to all of Marvel's recent films.

We want realism only up to a point—and that point is when it makes the fun stop.

This is a problem for the coincidentally-named Marc Webb, director of The Amazing Spider-Man 2, because Webb doesn't seem interested in playing by the rules. While there's virtually no difference between a fighty scene and a talky scene in The Avengers—both are fast, sharp, clean, and hyper-stylized—The Amazing Spider-Man 2 feels grafted together out of two different movies. One is a (500) Days of Summer-like charming dramedy and the other is a completely obligatory superhero movie. It ends up like a muted version ...

Join in on Facebook
Tags:
None
Posted:
May 1, 2014
More From:
Jackson Cuidon 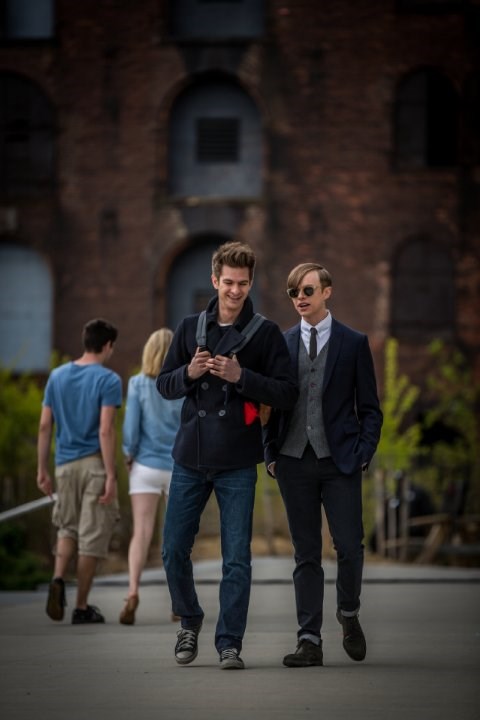 The Amazing Spider-Man 2
expand
hide this