Quentin Tarantino is an unlikely contributor to the theology of Incarnation.
Brett McCracken|December 23, 2015

This article is adapted from a chapter in the newly published book Tarantino And Theology.

The Hateful Eight will be the second Quentin Tarantino film in a row to be released on Christmas Day (following 2012’s Django Unchained), a fact that probably has more to do with the lucrative holiday market than anything related to the significance of Christmas.

But what if Tarantino’s films actually do have something theological to say in this season of celebrating Christ’s Incarnation?

Tarantino is admittedly an unlikely contributor to the theology of Incarnation. But in their fixation on bodies (both fierce and frail), curious interest in food and drink, and focus on the sights, sounds, smells, and textures of the material world, Tarantino’s films represent an aesthetic that is distinctively “incarnational.” They help the viewer re-sensitize to the physical, fleshy world in which Christ lived, breathed, died and rose.

By paying attention to the incarnational aesthetics of Tarantino’s films, we push against the increasing disembodiment of our digital world, as well as our western Christian tendency to etherealize our faith, divorcing it from a material and embodied context.

Flying Limbs, Exploding Hearts, and The Centrality of the Body

One of the things that makes Tarantino films so simultaneously compelling and horrifying, so “can’t-turn-away” attractive and “I-have-to-close-my-eyes” repulsive, is the director’s skill at visceral communication of human embodiment.

His heroes and villains are full of life: they are quick with their hands, expressive with their eyes, clever in their speech and lethal in their skill with samurai swords, baseball ... 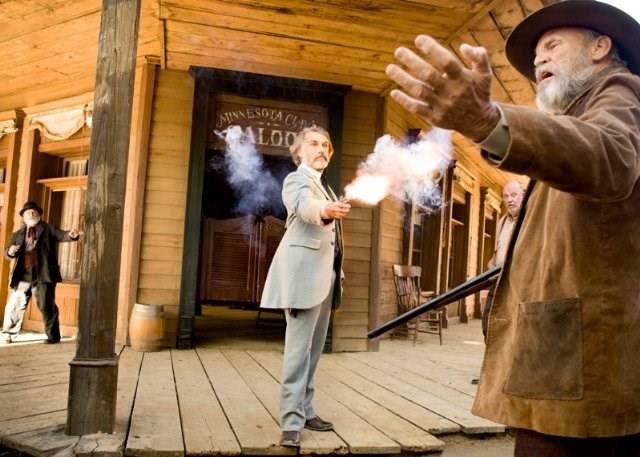