The latest Melissa McCarthy vehicle is a fun twist on the spy genre, despite some dips into bad taste.
Timothy Wainwright|June 5, 2015
Image: Larry Horricks / Twentieth Century Fox
Melissa McCarthy in 'Spy'
Our Rating

Spy, the latest film from director Paul Feig and star Melissa McCarthy, is a joy that elicits gasps and laughs from the audience in equal measure. There are some abyssal points—the movie sometimes seems spliced with clips of the fake Jack Black movie from the beginning of Tropic Thunder, The Fatties: Fart 2. But on the whole, it’s as if you met someone in your local Turkish bath who likes all the books you like, but fills pauses in the conversation by deeply picking his or her nose.

Fine gets the glory, but he is nothing without Cooper. She is desperately in love with him. He’s too dumb to notice.

If you think you know where this is headed, you’re wrong. (Unless you guessed right, which, duh, I’m not going to tell you here.) Fine and Cooper are tracking a missing nuclear bomb. They run into trouble—femme fatale Rayna Boyanov (Rose Byrne)—who knows all the CIA’s top agents by sight. This requires a non-top agent.

Finally, Cooper gets her chance.

In spite of everything I’ve just said, Spy is not a spy spoof. We are mercifully spared “jokes” about shaken martinis. There’s not even a whiff of “Cooper, Susan Cooper,” a joke so wilted it does have a smell at this point. Spy is too busy creating its own world, where M resembles a DMV worker and the CIA headquarters has a rat ... 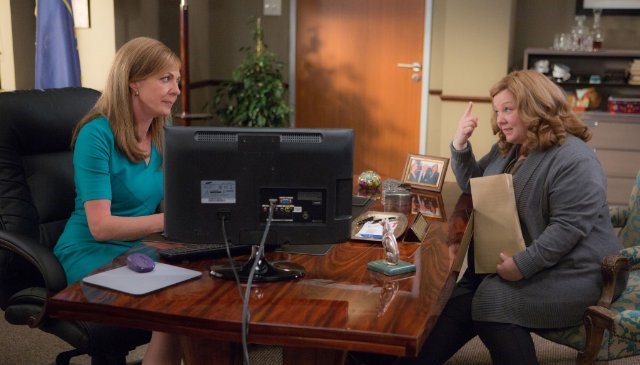