Getting Bill Murray a few laughs is the wrong way to use privilege to broadcast a cultural message.
Jessica Gibson|October 27, 2015
Image: Dune Films
Bill Murray in ‘Rock the Kasbah’
Our Rating

In 2008, a young Afghan woman, Setara Hussainzada, made international headlines when she danced in a hijab on live TV for the Afghan singing competition show, Afghan Star. Setara and another woman, Lima Sahar, were in the final four, farther than any women had ever made it before on the show. Setara was eliminated for her dancing, and Lima was voted off immediately after. They both (Setara in particular) proudly defended their runs on the show and encouraged other female Afghan artists to pursue creative careers.

Now married and settled in Kabul, Setara spoke in a documentary made about her, Silencing the Song, about how she can’t go anywhere unarmed because of the constant death threats made to her and her family. But she also shows no regret for the choices she made, and though no one outside her family might be able to hear it again, she continues to make music.

Setara gently pushed back against her culture’s stigmas in a way that laid cornerstones for further growth instead of trying to blow whole institutions to smithereens. I found her story engaging, encouraging, and quietly inspiring.

But according to Rock the Kasbah, it’s not movie material.

Bear with me for a bit while I explain what I think happened: movies need stakes that can be almost instantly tangible for the audience so they can invest in the story. It’s one thing to say Setara might be killed for dancing on live TV; it’s another to say Setara has not yet been directly attacked but must live with the constant stress of knowing it might happen. Most American moviegoers will watch one with relish and resolutely ignore the implications of the other.

Even when the plot is reduced to that dilemma, the immediacy of the ... 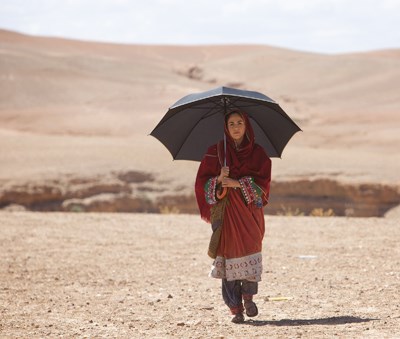