The adaptation of Dave Eggers's novel is diverting, but never comes together.
Alissa Wilkinson|April 21, 2016

If you haven't read the Dave Eggers novel on which it’s based—and I haven’t—A Hologram for the King is less adaptation, more light diversion. You wait the whole time for the inciting incident to arrive, the big thing that will kick off the action, only to realize that it happened without you noticing.

That sounds negative. I don’t exactly mean it that way. Life, after all, is full of moments you only realize were important in retrospect: that party you almost didn’t go to, the dashed-off blog post that led to a friendship, the accidental meeting in a doctor’s office.

But translating life’s happenstance into an effective bit of entertainment is trickier, and the movie has a disconcerting tendency to turn a hero’s existential, enigmatically signposted journey into a sandy path strewn with red herrings. When A Hologram for the King succeeds, it’s for two reasons: the presence of American’s true sweetheart Tom Hanks, and the inherent humor of its fish out of water premise, which psychologists tell us is a surefire recipe for comedy in human brains.

Hanks plays Alan Clay, a middle-aged American fellow who we come to understand once was a bigshot at Schwinn (the bicycle company). He did what seemed to be a good idea at the time and outsourced production to China. It wasn’t a good idea. Now he’s divorced, and his beloved daughter has had to take a college hiatus since he can’t make tuition payments. He’s lost his way. He’s a disappointment to himself. He's stuck being a salesman for a company that creates 3-D holographic conferencing systems. And he’s trying to meet with the King of Saudi Arabia, to sell him the technology. ... 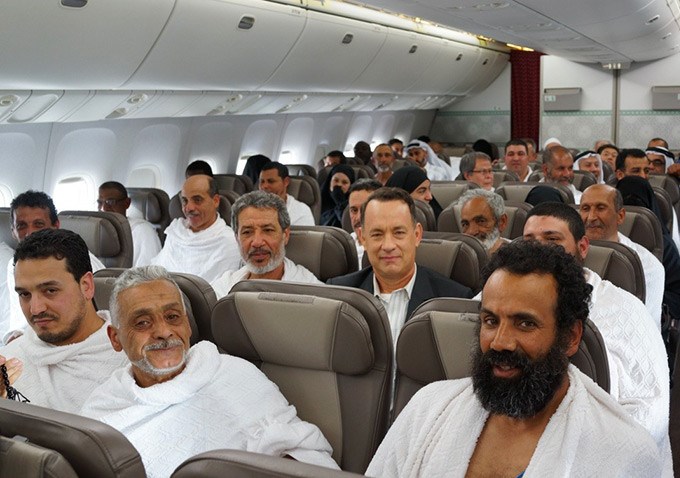