Writer and director David Lowery (whom we interviewed after his 2013 film Ain't Them Bodies Saints) is a great match for this reimagining of the classic Disney children's story. It's still got Pete and a dragon named Elliott who can become invisible, but with Lowery's touch the film is less camp, more wonder. Pete is no longer a runaway; instead, he's an orphan, his story told in a heartwrenching prelude. The adult characters (played by Robert Redford, Bryce Dallas Howard, Karl Urban, and Wes Bentley) are still largely stock and two-dimensional, but in a way that recalls old live-action Disney films.

To understand why Lowery is such a great match for the story, it's worth revisiting his 2009 film St. Nick, in which a brother and sister run away from home and live in an abandoned house. It's a work of realism that is still infused with magic: the games of make-believe and the pleasure of playing house is filtered through the children's eyes. We sympathize with them and grow to see the world through their eyes, which means when reality intrudes, it's sharper and more stunning. The same thing happens in Ain't Them Bodies Saints (though the pair are just young, not children), and here again in Pete's Dragon, and it's an effective method for drawing the audience into the emotional landscape.

Pete's Dragon fits oddly well into a little sub-genre of children's films this summer, about orphans (or children separated from their parents) in search of a family—that includes Finding Dory, The BFG, and another Disney remake, Jungle Book; even Stranger Things fits the pattern. It's a familiar story, to be sure: the old axiom that you have to get rid of the parents in order ... 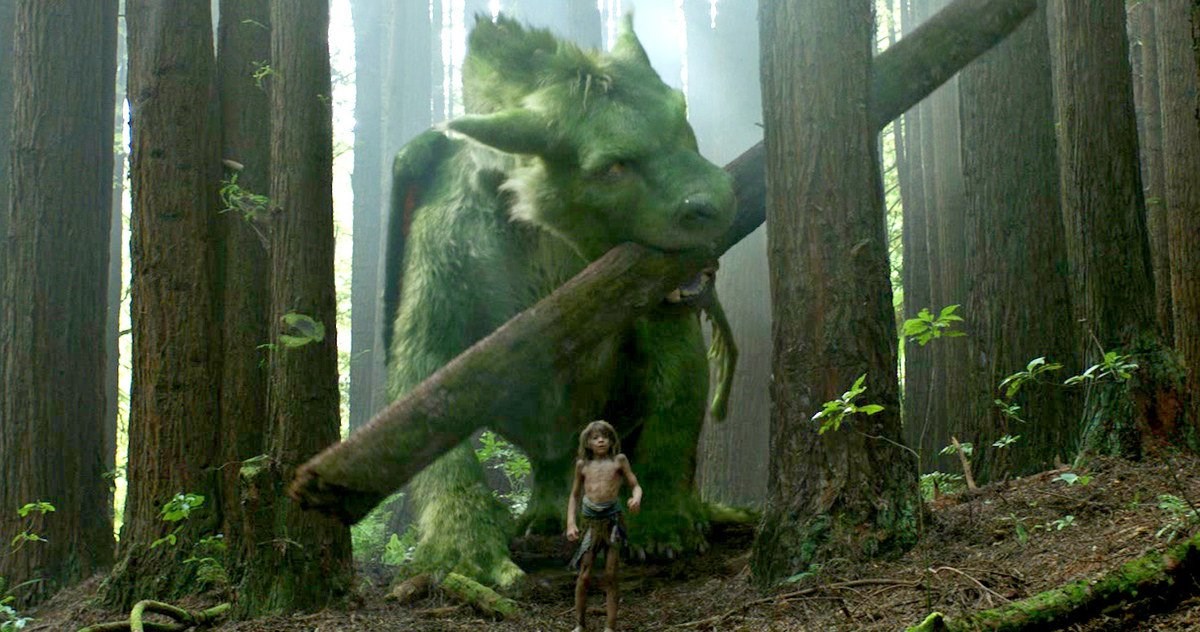