About twenty minutes into Alone in Berlin, I began to worry for my health: I’ve been in Germany for three days, and I’m an experienced traveler, so I couldn’t figure out why the jetlag was still affecting me so badly. I blinked madly, willing myself to stay awake, chewing gum, rubbing a knot in my shoulder, annoying the guy sitting next to me.

Thirty minutes in, I realized it wasn’t me. (Partly because the woman beside me started snoring loudly.)

Alone in Berlin boasts a truly fascinating premise, based on the 1947 German novel Jeder stirbt für sich allein (which translates to something like “Every Man Dies Alone”). The story is based on a true one: a German husband and wife lose their son in World War II, then become part of the Resistance not by joining a cell but acting as their own small unit, writing cards with subversive messages about Hitler’s regime and leaving them all over town.

Theoretically, the fact that Brendan Gleeson and Emma Thompson play the couple should be in its favor as well—two terrific actors. But in this case it’s the exact opposite. There is something profoundly strange about sitting in a movie theater in Berlin watching a film about Berlin in which the leads (whom you know to be Irish and English, respectively) are speaking in English with German accents. In fact, everyone speaks English in this film, which is doubly strange because they write and read in German.

That’s not the film’s biggest flaw, either. There are side stories about other people in the building that probably work well in a novel as counterpoint—I haven’t read it—but are confusing and distracting. Additionally, our main characters ... 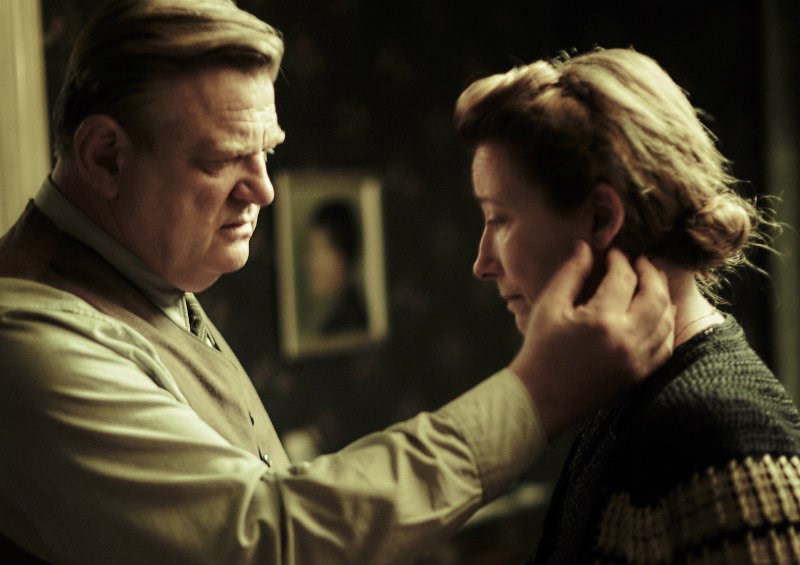