The NBC comedy serves up an unusual take on the afterlife with a side of fro-yo, hold the religion.
Laura Kenna|October 27, 2016
Image: NBC Universal

From time to time, popular culture weighs in with advice about the afterlife. “You can’t take it with you,” admonishes the Pulitzer Prize–winning play by the same title. A popular ’50s polka warns that “in heaven there is no beer.” According to NBC’s The Good Place there is, however, a copious amount of frozen yogurt.

The Good Place, now hitting its mid-season stride, is the latest TV comedy from writer/producer Michael Shur—also creator of Parks and Recreation and Brooklyn Nine-Nine and a writer on The Office. Shur’s wit and his penchant for strongly drawn characters feel familiar. The new series makes a strong break from his run of workplace comedies, however, by setting its storyline in heaven.

Or a version of heaven. Simply called “The Good Place,” it’s an afterlife that exists without a relationship to any of the world’s religions, all of which failed to rightly imagine how to enter the hereafter. Instead a complex logarithm narrows down those granted eternity in The Good Place, admitting only the most elite among do-gooders, activists, and philanthropists. While the series forgoes the concepts of sin and religion per se, it regularly relies on ethical lessons in the hereafter.

This potentially weighty narrative tactic is lightened by the whimsical aesthetic and quirky details of life in The Good Place. The architect behind this particular neighborhood of the afterlife is a supernatural being named Michael (Ted Danson, his impeccable comic timing in force). Obsessively detailed and fascinated by human culture, Michael has worked painstakingly to optimize his corner of the afterlife for his charges’ happiness.

Upon arrival, every one ... 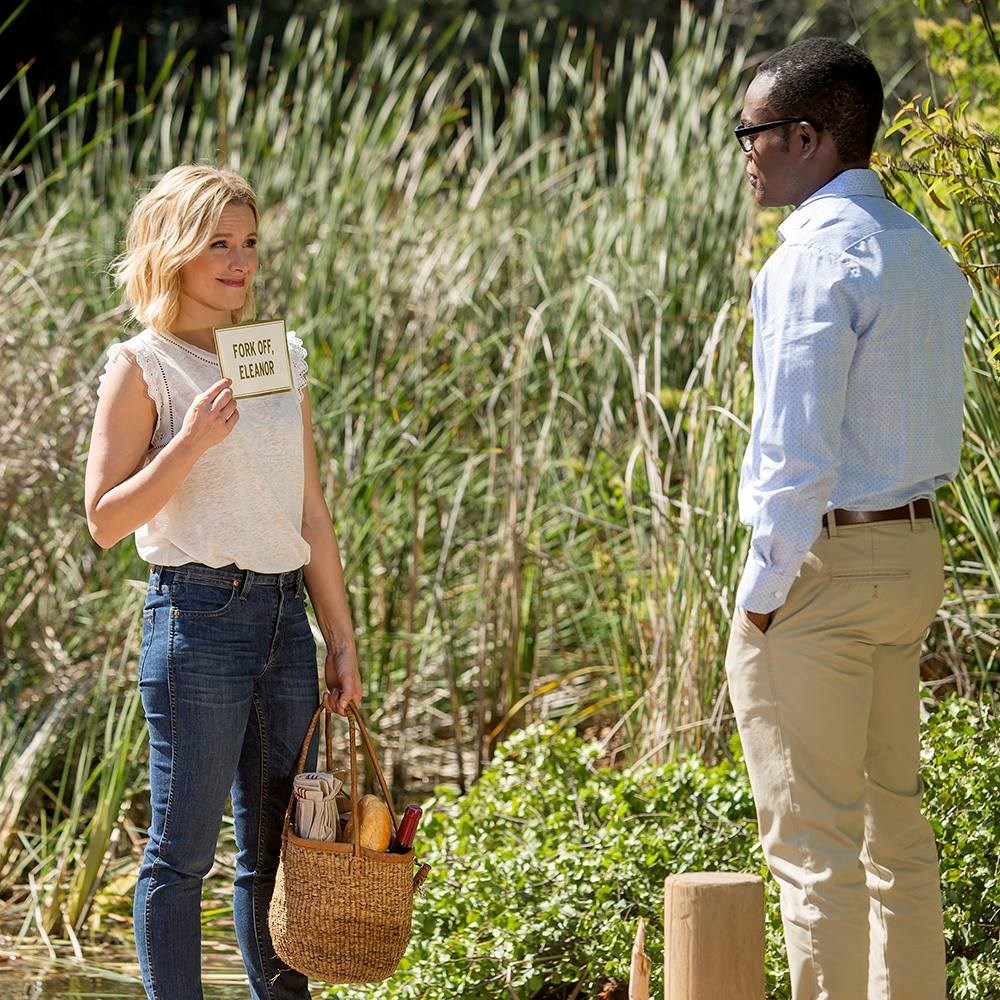