Jesus did not show up to defend ISIS—and the first to celebrate was a Muslim.

“The [ISIS] myth of their great battle in Dabiq is finished,” Ahmed Osman, a Free Syrian Army officer, told Reuters in October after coalition forces drove more than 1,000 extremists from the backwater Syrian city known as the Armageddon of Islamic eschatology. The jihadists had expected the Messiah to appear and bloody his lance on approaching Christian crusaders.

Muslim belief in the end-times return of Jesus may seem surprising, but according to recent polls, they expect him with greater anticipation than do many American Christians.

By contrast, a 2015 poll by the Brookings Institute found that only 12 percent of US evangelicals believe that Jesus will return in their lifetime.

Past polls communicate a greater expectancy. In 2010, Pew found that 27 percent of US Christians expected Jesus to definitely return within the next 40 years, while another 20 percent found it probable. Among white evangelicals, 34 percent said “definitely” while 24 percent said “probably.”

The Qur‘an alludes to the return of Jesus (accompanied by a figure called the Mehdi), who on the Day of Resurrection will be a witness against Christians who claim him as the Son of God. But Muslim eschatology is derived primarily from Islamic traditions that have ...

@jnjcasper
This article is from the Jan/Feb 2017 issue. 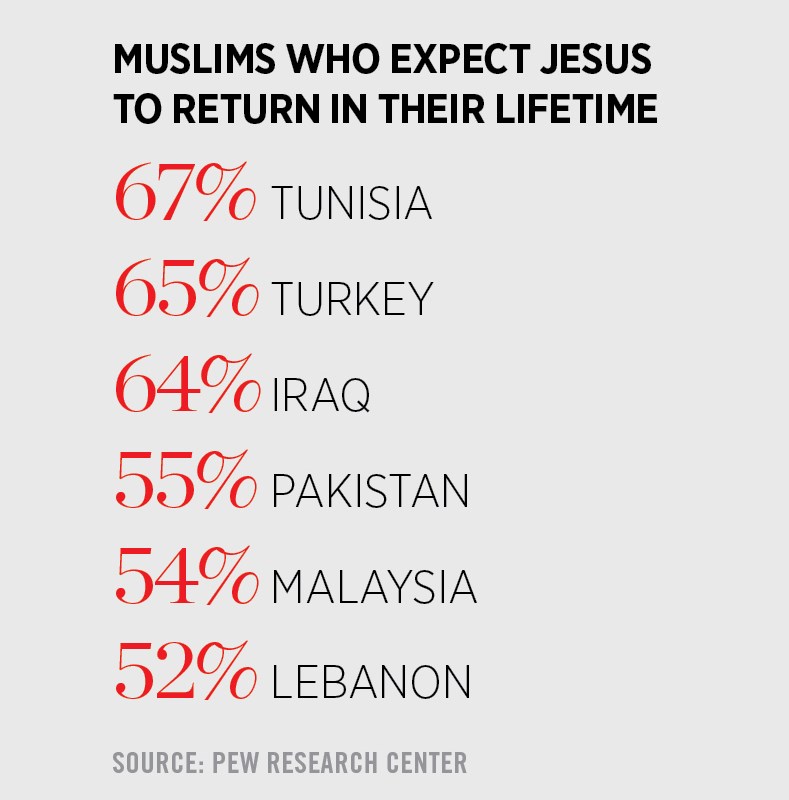