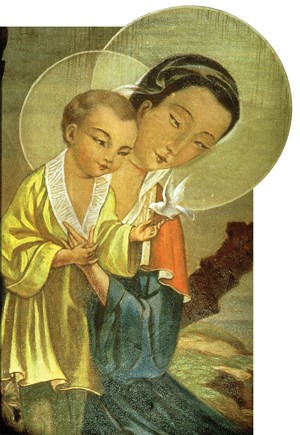 For example, a California surfer might come to the Bible with the lenses of Western individualism. He may correctly understand that he needs to make a personal decision to follow Jesus, but he might be culturally blind to his corporate responsibilities in the body of Christ.

For people to understand you, you must speak in ways that their culture can understand. We often take this for granted. An Anglican bishop once told a missionary friend of mine that he didn’t believe we needed any form of contextualization. My missionary friend replied, “At least you’re using English rather than Greek.”

This is especially important because much of our language is idiomatic. This means that we have to learn not only a culture’s language but also its idioms, metaphors, and illustrations. A friend of mine, Leigh, was having lunch at a popular tourist destination in Sydney. Leigh was approached by a Chinese tourist. The tourist asked Leigh if he could use the vacant seat next to him. Leigh replied, “Go for your life!” When the tourist heard this, he ran away. Of course, what Leigh had meant was, “Sure, the seat’s free, take it!” But the tourist thought Leigh was threatening him! This story shows how much of our communication is idiomatic.

In addition to idioms, the way we organize and present our ideas is also culturally determined. Some cultures prefer a propositional, point-by-point presentation. Other cultures prefer stories, illustrations, and examples. All of this affects the way we communicate.

My PhD supervisor, Graham Cole, pointed out to me that in Luke 3:10–14, John the Baptist had different applications of the gospel for different audiences. To the crowd, John said to share food and clothing; to tax collectors, stop cheating; to soldiers, stop extorting money and accusing people falsely. If you’ve ever taught in another cultural context, you’ve likely faced the struggle of trying to give application to your ideas in that culture. The struggle you faced in doing this reveals that you are already implicitly doing some form of cultural hermeneutics.

We ourselves as evangelists are also enculturated. We are not free-floating people hovering above the culture. We each have a cultural accent and a cultural flavor, and this will affect our understanding and application of the gospel.

We come to the Bible with our own cultural, theological, existential, emotional, and experiential concerns. For instance, in my theological tradition, I’ve been used to the idea that Jesus died for me. So I’ve quickly noticed Bible passages with the “for us” language—that Christ died for us (e.g., Rom. 5:8). Now, as I read and listen, I hear more theologians pointing out that Christ isn’t just for us; we are also in him (our union with Christ). So now I’m noticing Bible passages with the “in him” language as well (e.g., 2 Cor. 5:21). But how did I miss such obvious language before now? Because it wasn’t part of my theological concerns until now.

We are not blank slates. We bring our own theological interpretive grids to the Bible. For example, in John 4, when Jesus tells the Samaritan woman she had five husbands and the man she is with isn’t even her husband, what do we think of the woman? We automatically think she’s an adulteress. She’s a sinner.

But in other cultures, they might interpret the story to mean that she has been abandoned unfairly by five men, one after the other. And she now lives with another man for protection. But this man won’t even honor her by marrying her. She’s been sinned against.

There’s nothing in the text to tell us whether she’s a sinner or sinned against. We come to our interpretations based on the theological systems that we have brought to the text. 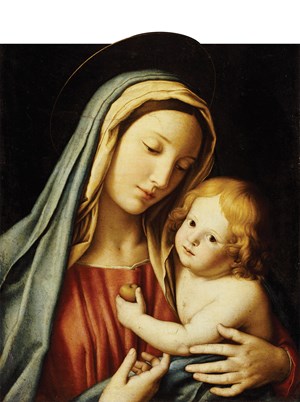 I have lived in both the United States and Australia. An Australian friend once joked to me, “Never have two countries been divided so much by a common language!” That’s because even though Americans and Australians both speak English, our words can mean different things. For example, in the US, college refers to an undergraduate institution and school can refer to a postgraduate institution (e.g., Harvard Business School). But in Australia, it’s the other way around! As another example, in the US, if you “take a class,” then you are the student in the class. But in Australia, if you “take a class,” then you are the teacher of that class. In the US, you order “takeout.” But in Australia, you order “takeaway.”

It’s the same for us when we communicate the gospel. Words that mean one thing to our particular Christian tradition might have a completely different meaning to a non-Christian in their culture. Take the word evangelical. In our Christian tradition, it might mean a characteristic of a denomination or movement within Christianity that holds to the primacy of the gospel message—from the word euangelion. But to our non-Christian friend, it may mean a sociopolitical movement associated with the conservative right.

These may or may not be valid applications. But it should be obvious that those who evangelize have interpretations and applications that are deeply influenced by their culture. If we become better exegetes of our own culture, we will become aware of our enculturated interpretations and applications of the gospel. In doing so, we will be aware of our reductionisms and our blind spots. And in our evangelism and presentation of the gospel, we will become more richly layered and nuanced in our communication.

There is no form for presenting the gospel that hovers above a culture, devoid of culture. We have to pick a particular form that speaks to one culture but may not be able to speak to another culture.

Author and pastor Timothy Keller helpfully explains that the instant you present the gospel, you have chosen to be contextual, historical, and particular. Jesus did this when he chose to be male, Palestinian, first century, and Aramaic and Greek speaking. And we do it when we choose our form of communication.

For example, we have to choose a language. If we speak in English, only English-speaking people can understand us. And we still have more choices. What kind of English will we choose? Whom do we quote? How do we illustrate? Do we use humor? What metaphors do we use? What clothes do we wear? What questions do we answer?

If we want our gospel presentation to appeal to a wide variety of cultures, it will likely have to be quite generic—largely abstract. It might be more universal in its reach, but it will also be less engaging and effective. 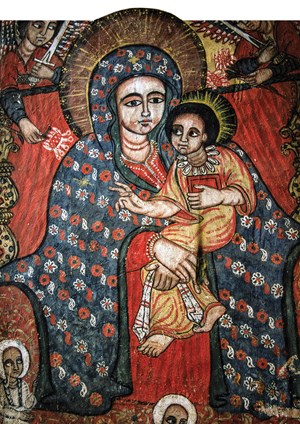 Conversely, if we want our gospel presentation to be highly contextualized to a specific culture, it will likely not engage people from another culture. For example, if we target Chinese-speaking, night shift industrial workers, then we cannot possibly reach German-speaking office workers.

According to Keller, every form of gospel presentation will either over-adapt or under-adapt to a culture. This is true in both interpretation and application.

For example, if we use only brokenness and healing as our metaphors for sin and salvation, then we might risk over-adapting our interpretation of the gospel to fit our cultural perspective—in particular, our loss of categories of guilt and retributive justice in the West. At this point, we are misinformed about the gospel. We might understand sin to be a sickness that can be healed by therapy rather than as a vertical offense against a holy God, which requires our repentance and his forgiveness.

But if we use only guilt and forgiveness as our metaphors, then we risk under-adapting our interpretation of the gospel. Our culture is now uninformed (or under-informed) about other metaphors of sin and salvation, such as shame and honor, brokenness and healing, self-righteousness and exaltation, and falling short and restoration.

The important thing to note here is that the opposite of over-adaptation is legalism. Often we think there is a risk in over-adapting (over-contextualization) to a culture because it would lead to syncretism. We think that it might be better to err on the safe side, to under-adapt (under-contextualize). “Just stick to the gospel,” we say. But if we under-adapt, we are giving them legalism instead of the gospel. The opposite of syncretism isn’t the pure gospel. The opposite of syncretism is legalism.

According to Keller, there will be no form of gospel presentation that can ever get it just right. We will always be over-adapting or under-adapting.

But if, by the grace of God, we hit the sweet spot of contextualization, that is when—with God’s help—we will see revival happen!

Sam Chan is a public evangelist with City Bible Forum in Sydney, Australia, where he regularly shares the gospel with high school students, city workers, doctors, and lawyers. Adapted from Evangelism in a Skeptical World by Sam Chan. Copyright © 2018 by Samuel Chan. Used by permission of Zondervan. www.zondervan.com.