A historian weighs in on how the medieval tradition can shape the days leading up to Easter.
Lisa Deam|February 22, 2021
españolcatalà
Image: Illustration by Mallory Rentsch / Source Images: WikiMedia Commons / Justin Kauffman / Unsplash

One of my pet peeves is receiving an email during the latter part of Lent with the sign-off “Happy Easter!” or “Jesus is risen!” I have to fight the temptation to reply, “Not just yet!” Such proclamations, although well meaning, rush me to a destination I’m not ready to reach. Before I experience the joy of Easter morning, a lengthy journey awaits.

Each year during Lent, I point my spiritual feet to Jerusalem, preparing to walk my way to the cross and the empty tomb. The path is difficult and long, leading through the hills and valleys of prayer, personal reckoning, and repentance. But it is necessary—each step I take readies my heart for resurrection.

As a historian, I find guides for Lent in Christians who, in ages past, matched their spiritual journeys with physical ones. In the medieval era, for example, pilgrims regularly traveled to Jerusalem to replicate the last earthly days of Jesus. Jerusalem pilgrimage became a tradition as early as the fourth century when Emperor Constantine (“the Great”) erected a basilica over what was reported to be the newly discovered site of the Crucifixion.

Completed in 335, this basilica, known as the Church of the Holy Sepulchre, soon drew the world’s faithful. In addition to Calvary Chapel, the church enclosed Christ’s sepulcher, or tomb. To worship at these sites from Jesus’ life, many Christians committed to a long and arduous journey to reach Jerusalem.

In the Middle Ages, pilgrims going to Jerusalem from northern Europe and England walked an astounding distance of 3,000 miles (on average). The most common route took pilgrims to the foot of the Alps, over the mountains, and then to Venice, where ships ferried them across the Mediterranean Sea. Arriving in Jaffa, a port city in the Holy Land, the pilgrims rode donkeys inland to Jerusalem. Each leg of the journey was its own adventure, and each brought them incrementally closer to their goal. 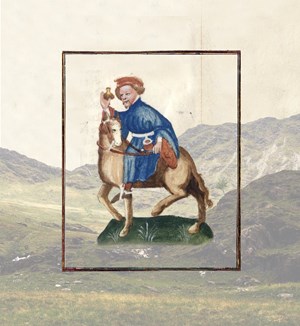 Pilgrim Journeying to the Holy Land

These journeys had a Lenten character, scouring the pilgrims spiritually as they traveled their long and winding road. Pilgrims practiced renunciation as they left behind the comforts of their familiar, everyday life. They also engaged in a fair amount of soul-searching.

The 15th-century friar Felix Fabri experienced severe bouts of homesickness on his journey and struggled to balance his emotional anguish with his desire for Jerusalem. After deciding to stay on the road, he then had to face down one of his greatest fears—the sea. He got in a boat, trusting God to see him through. As winds and storms tossed the boat about, he and his traveling companions cried out for God’s mercy.

Get the best from CT editors, delivered straight to your inbox!
More Newsletters
Medieval pilgrims arrived in Jerusalem some 12 weeks after starting out; a travel duration of two Lenten seasons. We, too, have experienced what feels like a double Lent—or more—during the past year.

I think about these journeys as I begin my own slow pilgrimage through Lent. Endeavoring to stay with my practices of prayer and repentance is a bit like undertaking a long-distance journey. I’m in it for the long haul, although I often falter, especially when I see the mountain passes and stormy waters that lie ahead.

The temptation to bypass the challenging parts of this journey is ever with me. Yet I know that I won’t be prepared to enter Jerusalem without crossing the mountains and the sea. And I certainly won’t get there unless, like Fabri, I cry out to God. Realizing my desperate need for God—and receiving his mercy—is one of the gifts of Lent that I would not want to sacrifice by taking a shortcut through the season. So I put one foot in front of the other and continue walking.

Felix Fabri is not the only pilgrim to accompany me on my journey. I find another companion in the laywoman Margery Kempe, credited with writing the first autobiography in the English language. Kempe reports that God bid her go on pilgrimage to Rome, Jerusalem, and Santiago de Compostela. She set out for Jerusalem first, in 1413, filled with a desire to “see those places where [Jesus] was born and where he suffered His Passion and where He died, along with other holy places where He was during His life and also after His Resurrection.” 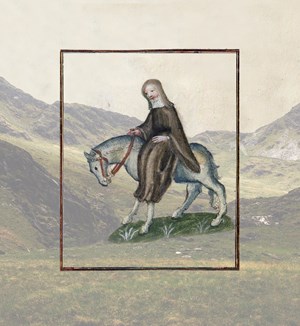 Kempe met a number of challenges during her pilgrimage. She clashed with her fellow travelers, who eventually abandoned her. She crossed the Alps in the middle of winter and waited 13 weeks in Venice for a ship to sail to the Holy Land.

Although our travel experiences are usually much more efficient, we can perhaps sympathize with the kind of frustrations Kempe had. The past year, which saw us largely grounded due to the pandemic, made all our journeys look more like pilgrimages than high-speed airline flights. We’ve learned the hard way that some journeys cannot be rushed.

This is especially true of a sacred journey, which ends when the pilgrim is able to reach her destination and not a moment before—rather like Gandalf in Peter Jackson’s The Fellowship of the Ring, who arrives neither early nor late but “precisely when he means to.”

For medieval pilgrims en route to Jerusalem, that meant an arrival time some 12 weeks after starting out; a travel duration of two Lenten seasons. We, too, have experienced what feels like a double Lent—or more—during the past year.

If medieval pilgrims embarked on a “double Lent” to reach Jerusalem, one 16th-century traveler, Iñigo Lopez de Oñaz y Loyola, took a journey totaling over a year’s worth of Lents. Today, we know this traveler as Ignatius of Loyola. After experiencing a spiritual conversion, Ignatius decided to baptize his newly awakened faith with a pilgrimage to Jerusalem. In early 1522, he began walking from Loyola to Barcelona, where he planned to sail to the Holy Land. His pilgrimage included detours through the Spanish towns of Montserrat and Manresa, where he stayed for 11 months.

The cause of this delay is not clear. Some scholars believe that Ignatius couldn’t proceed to Barcelona due to reports of plague in the city. Whatever the reason, God used this lengthy pause to form him. 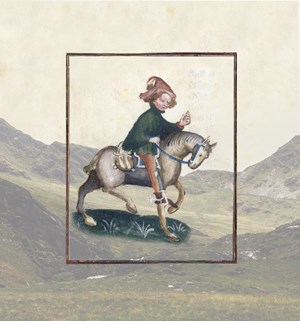 While in Manresa, Ignatius spent several hours each day praying, reading, writing, and deepening his understanding of God. He later wrote in his Autobiography that God treated him “just as a schoolmaster treats a child whom he is teaching.” His detour became a school for the soul and formed the groundwork of his Spiritual Exercises, an influential book of Christian formation published in 1548.

Ignatius finally reached Jerusalem over a year and a half after setting out. By this time, he was no longer a convert. His faith had matured and prepared him to receive the gifts of the Holy Land. Referring to himself as “the pilgrim,” Ignatius writes, “On seeing the city the pilgrim felt great consolation; and as the others testified, this was common to them all, with a joy that did not seem natural.”

When I become impatient on the Jerusalem road, I remember the kernel of Ignatius’s story: A true pilgrim must travel slowly and pause often to get where he wants to go. If Ignatius had rushed to Jerusalem, he would not have been as prepared to receive the unnatural joy God granted him in the Holy Land. But he took his time and arrived with a full and ready heart. His destination was resurrection.

History’s faithful pilgrims suggest that our most important journeys are best taken at a walking pace. And surely there is no journey more important or momentous than our pilgrimage to the empty tomb. Pointing our spiritual feet to Jerusalem, we can look to these pilgrims as exemplars. They bid us slow our steps and take our time. Walk the long road. Pause often. Cry out for mercy. This manner of traveling allows us to prepare our hearts and come to realize our deep need for Jesus’ sacrifice.

When we arrive at our destination on Easter morning, a glorious sight will await us: a garden, a stone rolled away, an empty tomb. Our joy and consolation, as Ignatius of Loyola testified, will be great. We’ll be more than ready for the Good News. And, finally, I’ll be ready for emails with the sign-off “He is risen!”

Lisa Deam has a PhD in medieval art history from the University of Chicago. This article is adapted in part from her book 3000 Miles to Jesus: Pilgrimage as a Way of Life for Spiritual Seekers (Broadleaf, 2021).

[ This article is also available in español and català. ]

1 of 3
Pilgrim Journeying to the Holy Land