The first Baptist church has been planted in Ilulissat, Greenland, a town located about 220 miles north of the Arctic Circle. Ilulissat is home to around 4,600 people, roughly the same number of sled dogs, and a glacier that sheds about 11 cubic miles of iceberg into the ocean every year due to climate change. Thousands of tourists come annually to witness the destruction, and one family came to start an Independent Fundamentalist Baptist church. “I asked God to send me somewhere where there weren’t too many Baptist missionaries,” Chris Shull said. The church has about 17 adults in regular attendance. Shull preaches in Greenlandic.

An Evangelical Lutheran Mission Diocese of Finland bishop will go on trial in January for publishing a politician’s booklet. Prosecutors allege that the publication of “As Man and Woman He Created Them” violates the equality and dignity of LGBT people. Päivi Räsänen, a leader in the small, center-right Christian Democrats, will also go on trial for a tweet that quoted Romans 1:24–27 and an interview she gave on public radio. Bishop Juhana Pohjola told CT he is not concerned about the legal outcome but worries people will be silenced.

The appointment of a new election commissioner has roiled religious controversy in the Democratic Republic of Congo. The nation’s Protestant and Catholic leaders are tasked with selecting the independent commissioner, who plans and guarantees free and fair elections. The leading candidate, Denis Kadima, is a recognized expert with decades of experience, but backroom support from President Felix Tshisekedi raised suspicions that he would not be independent. The last election ended with widespread allegations of fraud, and church leaders have accused Tshisekedi of drifting toward totalitarianism. Parliament stepped in and appointed Kadima when the churches could not agree unanimously.

William Richard Tolbert III, a Baptist pastor and the youngest son of a former president of Liberia, William Richard Tolbert Jr., was murdered in his apartment on November 1. The elder Tolbert was president from 1971 to 1980, when he was assassinated in a coup. The younger Tolbert was a political prisoner for 20 months and then went to the US and studied at Southern Baptist Theological Seminary. He returned to Liberia in 1999, becoming the pastor of a church in Bentol City and an advocate for peace and reconciliation. No one has been charged with his death.

The Chaldean Orthodox Church has created a new museum for the preservation of ancient Christian and Muslim manuscripts saved from ISIS. It will be built next door to a Dominican mission in Erbil, and the Dominicans will help preserve the documents. Thousands of religious artifacts were located in Qaraqosh, a predominately Christian town, until ISIS fighters took over the Nineveh Plain in 2014. The manuscripts were thought lost, but as ISIS fighters destroyed monasteries, mosques, and churches, a fleeing priest saved as much as he could carry in a van. Several hidden stashes of documents have also been recovered since.

A church has been built inside a prison for the first time in Egypt. Wadi el-Natrun, located in the desert about 60 miles from Cairo, is a new prison complex, the first in a planned series of facilities meant to modernize the correctional system. The current prisons are believed to be filled to 200 percent capacity, and the human rights organization Amnesty International has documented extensive abuses of prisioners who criticized the government. Christian leaders have previously been allowed to minister in the prisons, but there was no space designated for worship. In addition to a church, the new prison will also have vocational training facilities.

Charismatic pastors Vo Xuan Loan and Phuong Van Tan and 11 members of their Ho Chi Minh congregation have been interrogated amid accusations that the church is the source of a COVID-19 outbreak. A few members of the church got sick at the start of the delta variant’s spread in Vietnam. According to the pastors, the congregation was following health protocols set by the government, which did not yet know the delta variant was more contagious than previous versions of the coronavirus. After larger outbreaks occurred elsewhere, authorities still focused on blaming the church.

The head of the Jamaica Evangelical Alliance (JEA) used the case of an apparent ritual killing by an apocalyptic prophet in Montego Bay to warn of the dangers of celebrity-seeking pastors who become abusive. Peter Garth, JEA president and pastor of Hope Gospel Assembly in St. Andrew, said, “Some pastors end up feeding off people, using them to meet their needs or make up for their vulnerabilities.” Healthy congregations, he said, worship Christ “and him alone.” The apocalyptic prophet died in a car crash on his way to a police interrogation.

Several cities in Argentina have said there is a ban on religious celebrations and acts of worship during elections, in some cases prohibiting church services for several days before or after voting. The Argentine Council for Religious Freedom (CALIR) has formally requested that the Ministry of the Interior, which oversees elections, clarify that the election law does not infringe on religious exercise. The country has seen a surge of religious conservatives running for office this year, after the issue of legalizing abortion took center stage in national politics. 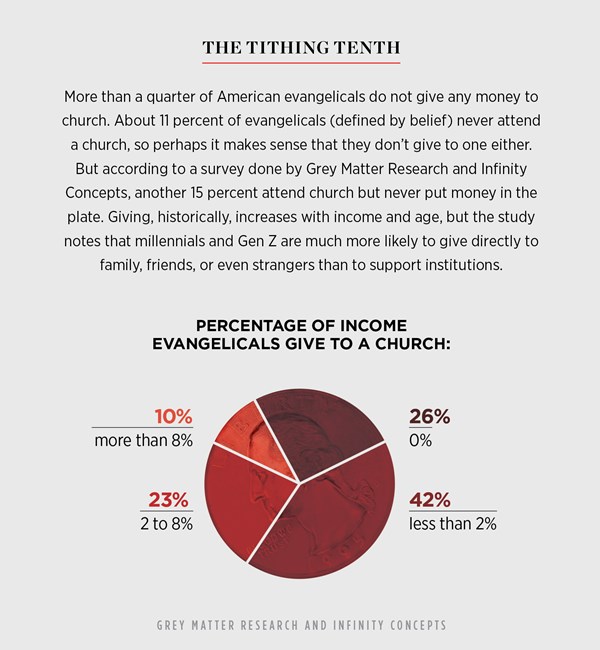 @Danielsilliman
This article is from the Jan/Feb 2022 issue.