100 Women Consider Ending Their Pregnancies. How Many Get an Abortion?

The impact of America’s more than 2,500 crisis pregnancy centers is difficult to measure. What role do they play in the steady national decline in abortion rates from 24 per 1,000 women in 1992 to 13.5 and falling in the most recent data?

A new study published by the Public Library of Science found a correlation. About half of women who consider an abortion get one within four weeks. Among those who encounter a crisis pregnancy center, however, the study found that about 30 percent have an abortion.

Whether or not crisis pregnancy centers cause women to change their mind about terminating a pregnancy, it’s clear the centers offer some an alternative. 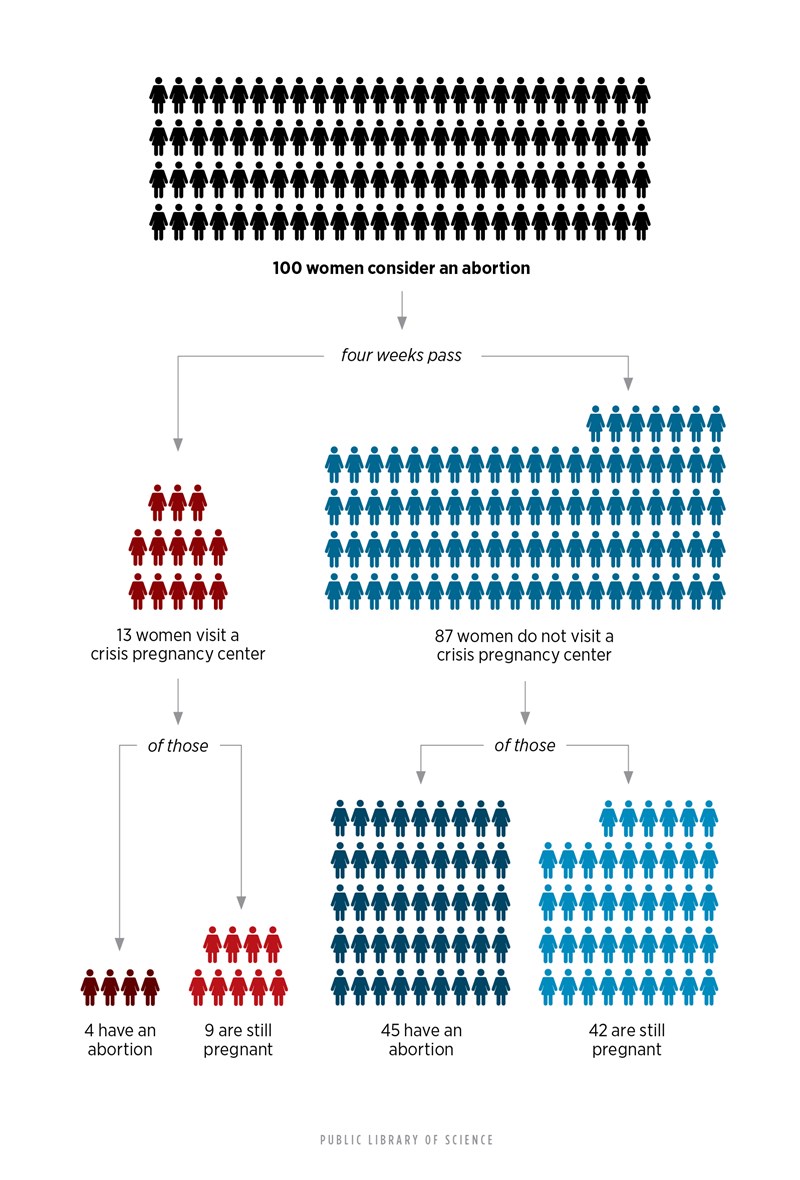 @Danielsilliman
This article is from the March 2022 issue.

100 Women Consider Ending Their Pregnancies. How Many Get an Abortion?

100 Women Consider Ending Their Pregnancies. How ...