Home > 2017 > February
Church LeadershipApril 02, 2018
Don't Let Bad Methods Undermine Good Theology
As a church leader, doing the right thing always comes first. But it will go nowhere if you’re not doing it in the right way. 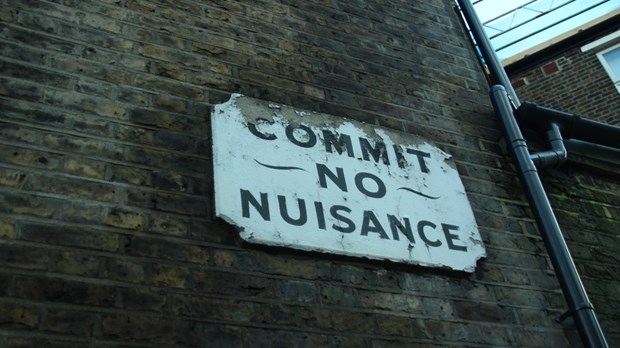 Have you been struggling in your church, but can’t understand why?

Maybe you’re doing what you believe God is calling you to do and you’re taking wise counsel from others, but there doesn’t seem to be any progress made?

I’ve been travelling and talking with a lot of church leaders over the past few years. In that time, I’ve seen four very distinct kinds of pastors:

2. Those who do the right thing in the wrong way

3. Those who do the wrong thing in the right way

Only one of those combinations opens the door for a healthy church. Let’s take a look at all four and see what happens with each one. They’re not as obvious as you might think.

1. The Right Thing In the Right Way

This is the winning combination.

Doing the right thing always comes first. But doing it in the right way is also critical.

For this to happen, the leader must first know and do God’s will for themselves and the church.

But knowing and doing the right thing is not enough. It also has to be done in the right way. We need to implement God’s will using the methods and systems that best fit the situation.

We need to implement God’s will using the methods and systems that best fit the situation.

Becoming a worshiping and praying church, for example, is always the right thing. But worship and prayer will look different in a downtown church in Nairobi, Kenya than in a rural church in Paducah, Kentucky. The same goes for a recent church plant compared to a church that meets in a 700-year-old cathedral. Or an on-the-beach church in Hawaii to an underground church in China.

The truth remains the same in all of them, but the worship and prayer styles will vary greatly.

When we start with knowing and doing the right thing, then act wisely and sensitively so that it is done in the right way within the context, a healthy church can bloom.

2. The Right Thing In the Wrong Way

Many good leaders of good churches struggle for years – even decades – because they’re in a rut without knowing it. Or they know it but are too stubborn to change it.

These are churches that have a great theological foundation. They love and honor God and his Word. They work hard and love people. But they’re gotten stuck.

Often, this happens because the congregation and/or leaders are married to unhelpful methods, structures and ideas. Doing things because they’ve always done them. Or maybe they saw it at a cool, new conference and even though it doesn’t fit their context, they’re clinging to it anyway.

Too many churches and pastors conflate absolute moral truths with changeable methods. They’re afraid that doing something differently methodologically will lead to doing something wrong theologically or morally.

A stuck congregation needs a good, loving, patient pastor to teach them the difference between eternal principles and changeable strategies.

3. The Wrong Thing In the Right Way

You can gather a big crowd using bad theology and smart methods. But you can’t build a healthy church that way.

Sometimes, this is what the resisters from point #2 are afraid of. They’ve seen big crowds attracted to false teaching through the use of smart methods, so they reject both. They forget that there are some big churches built on good theology, too.

We have to resist the temptation to think that a church must be doing everything right simply because they’re getting bigger – even if it’s our congregation.

This happened to me about a decade ago. Our congregation grew from 200 to 400 in a short time, using smart methods and systems, but we were sick on the inside. Starting with me.

4. The Wrong Thing In the Wrong Way

Does this really need to be explained? Unfortunately, yes.

These churches exist. I’ve seen too many of them. And some of them have the ability to hang in there for a long time.

Sometimes it’s because the people are so entrenched in a tradition that they’ll hang on to it and each other, no matter what.

Sometimes a church loses ground after drifting into bad theology, then tries to reverse the trend by trying a cool, new church fad.

Which Church and Pastor Are You?

Is your church at Point 2? Are you doing the right things, but you can’t figure out why they’re not working?

Since you care enough about church and leadership to read this far, you probably are.

After all, churches at Point 1 don’t need posts like this. Point 3 churches think they’re in great shape, so they don’t think they need the help. And Point 4 churches have usually stopped caring a while ago.

So if you’re frustrated in a good church that could use some updated methods, I have three starter suggestions.

Three Steps On the Road to Unstuck and Healthy

First, re-learn and re-teach the essentials again – the principles that make a church healthy. As you do that, take note of what’s not required for a biblical church that you and/or the congregation might be hanging on to.

Re-learn and re-teach the essentials again – the principles that make a church healthy.

Third, take a serious assessment of the extra-biblical ideas or methods that you, pastor, might be hanging on to. Then make the needed changes. We can’t ask the church to drop their favorite ineffective method if we’re clinging to ours with clenched fists.

Either way, if it doesn’t fit your situation, drop it.

Lead by humble example. That will always say more than words ever can.