Home > 2017 > March
Church & CultureMarch 10, 2017
Clumped Christians: When Fear Overwhelms Faith
When a healthy church gathers for worship it should renew our passion to mobilize and move out in ministry.
by Karl Vaters
Read as Single Page
Page 1 of 2 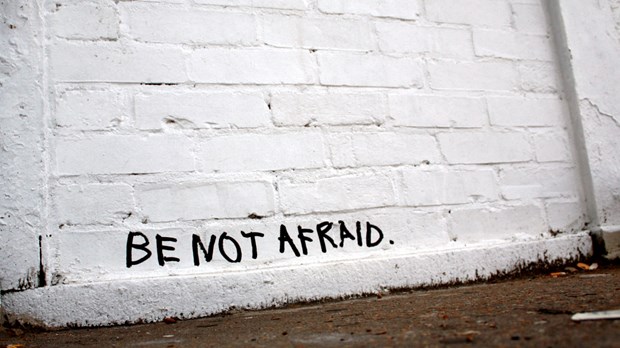 Historically, whenever the church of Jesus is dynamic and healthy, it grows.

But healthy, missional Christians don’t just clump together in larger and larger groups.

There’s a fearlessness to them. A courage that’s based in faith. And a passion that says “we’re here to give our lives away for the sake of the gospel, not to preserve them for the sake of an institution.”

They’re driven by a passion, not to protect what they have, but to give it away with reckless abandon, meeting unmet needs at home and around the world.

Fearful Christians do the opposite. They gather in, not to be challenged, but to be comforted – and comfortable.

They build bunkers, not bridges. They fight for their rights, gathering as much money, people and resources together as they can.

They spend their time, energy and money either clumping into ever-larger groups or mourning the shrinking group that used to be bigger.

Either way, it’s more about the fear of what they could lose, instead of the joy of giving their lives away.

Light In the Darkness

Fearless Christians don’t bunker in. No matter what comes against them. They venture out. They attack, not retreat.

But the attack isn’t against other people. It’s against our common enemy. The destroyer of all of our souls.

Fearless Christians don’t see us versus them, but us loving them. Because followers of Jesus aren’t called to fight fire with fire, we’re called to fight darkness with light.

Of course, Christians need to gather together regularly. In groups both large and small. But when a healthy church gathers for worship it should renew our passion to mobilize and move out in ministry.

When Christians start clumping together either to congratulate and comfort themselves or to complain about those on the outside… Well, that church is dying. Even if the crowd is growing.

What do you see, hear and feel when you look outside your church walls?

If you see a world that’s hateful, you’re being ruled by fear.

If you see a world that’s hurting, you’re seeing through the eyes of faith.