Home > 2018 > May
Church & CultureMay 11, 2018
9 Common Social Media Tactics That Never Draw Anyone Closer To Jesus
For most, maybe all of these tactics, I can see the good motive behind it. But good intentions are not enough.
Karl Vaters
Read in Multiple Pages 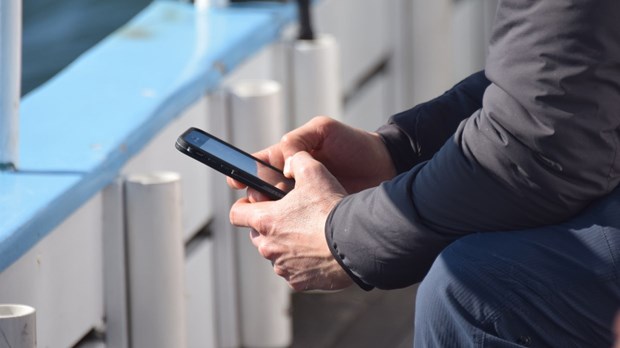 Social media has no moral component to it – except the ones we give it. It's just a tool.

A very powerful one.

And we’re only beginning to grasp its impact.

When used well it can connect, inform and entertain us. But when it’s used poorly, as it so often is, it can ruin your mood, your day, your life, and – as a Christian – your testimony.

Christians are not exempt from the dangers of social media. Just like anyone else, we can make mistakes. But our mistakes can hurt the cause of the gospel, even while we’re trying to promote the message of Jesus.

Here are 9 common missteps I’ve seen a lot of Christians make. For most, maybe all of them, I can see the good motive behind it. But good intentions are not enough.

Can we please stop passing along memes and links that require us to add the caption “if this is true…?”

Of all the things Christians ought to be known for, it’s being truth-tellers. Sadly, that’s not our reputation.

This isn’t hard to do. The very devices we use to read an article like this, or on which you saw that questionable meme or link is what you can use to find out if it’s true.

No one will ever regret not passing along an unverified truth.

You know those memes that are often written over a photo of Kermit the Frog sipping tea (for some reason)? Leave them alone. Anything that ends with “but that’s none of my business” isn’t convincing anyone of anything – except of the smugness of the poster.

Oh, those videos that are tagged with a line like “Atheist professor thinks he has the answers, until a Christian student says this!” None of them deliver as promised.

People don’t come to Jesus by Christians making them feel stupid. There is a place for argumentation and debate, but social media is never the place.

5. Jesus Agrees With Me, Politically

If you can’t imagine any Christian voting for a (insert opposition party name here) candidate, maybe spend some time with a Christian who voted that way. Instead of shouting them down, listen for a while. We might all learn something.

If you believe, as I do, that hell is real, there should never be an ounce of anything but sorrow about it. Commenting on the death of a nonbeliever with a snarky quip about their eternal destination is unnecessary, unkind and unhelpful.

Any time you’re tempted to end your clever Christian quip with “just sayin’," you probably shouldn’t be just sayin’ it at all.

Every time I see a new product, app, or movie, I count down the seconds until a Christian group comes out with a pale imitation of it, substituting “God”, “Pure” or “Faith” for one of the key words.

Let’s do the hard, but necessary work of creating something original that others might want to copy.

Instead of piggybacking off the artwork of the latest comic book movie for our next sermon series (someone is doing Avengers: God’s Infinite War right now – I can feel it), let’s do the hard, but necessary work of creating something original that others might want to copy.

9. Your Sins Are Worse Than My Sins

Sin is real, it is devastatingly destructive, and it is no respecter of persons.

Before we keep making so much noise about the sins of Hollywood or Washington, how about we clean up our own act? That should keep us busy for a while.