President Obama spoke of the "grace" demonstrated by the resurrection at the Easter prayer breakfast Tuesday morning in the East Room of the White House.

Pastor Tim Keller of New York City's Redeemer Presbyterian Church and Bishop T. D. Jakes of The Potter's House in Texas also spoke at the event. The breakfast is a "good excuse to bring together people who have been such extraordinary influences in my life and such great friends," the president said in his opening remarks. Keller's attendance was his first visit to the White House. 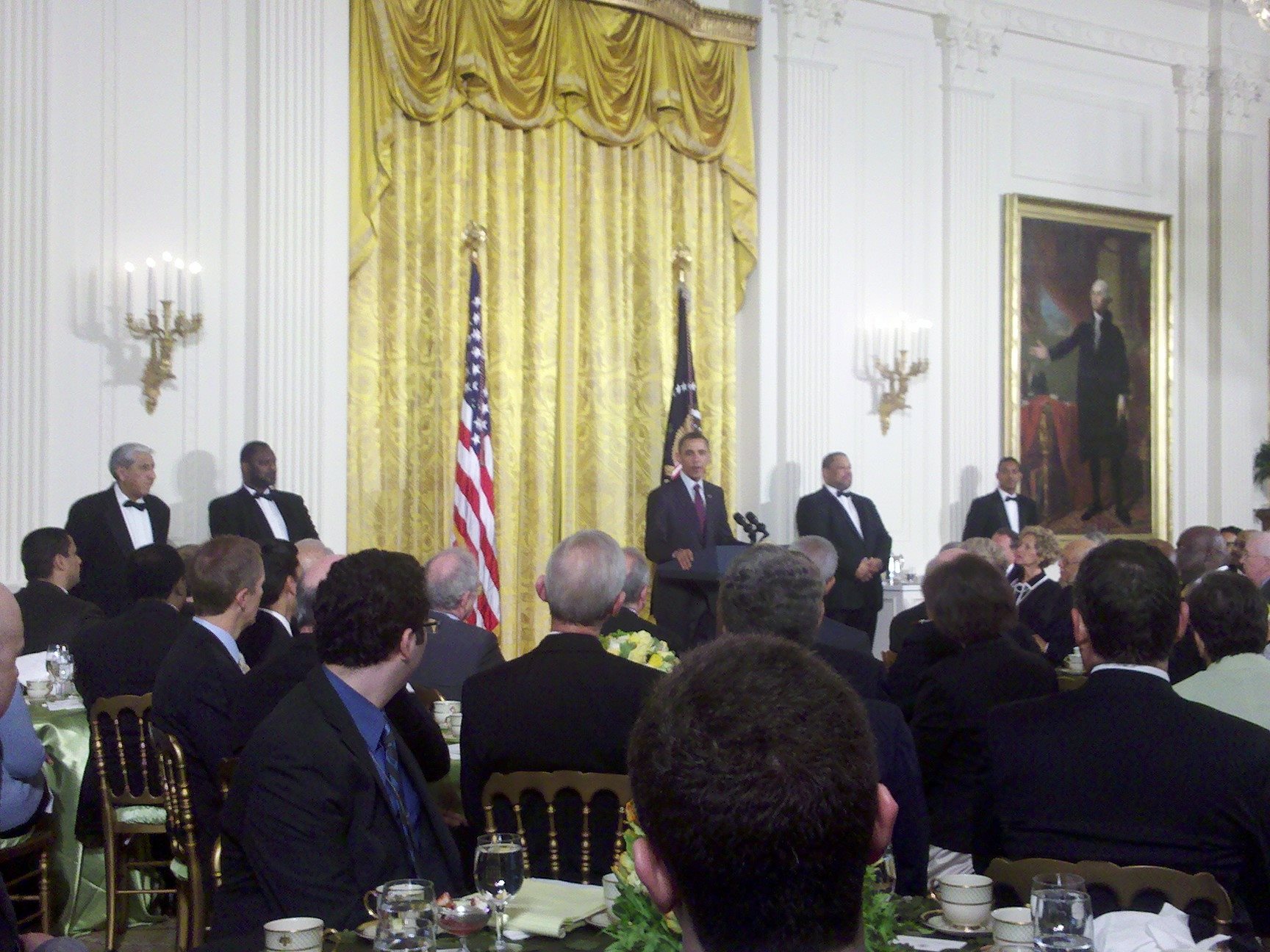