The vote tomorrow highlights religious freedom and questions of interpretation.
Tim Townsend / The Post-Dispatch|August 6, 2012 09:20 AM 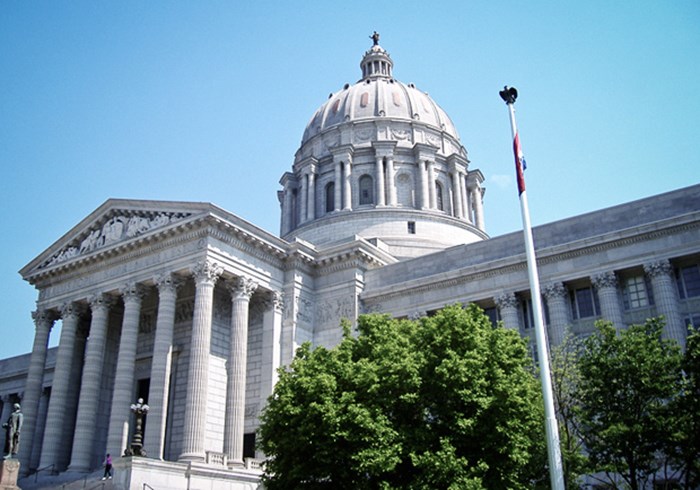 Missourians will vote tomorrow on a proposed amendment to the state constitution that supporters say would protect residents' right to pray in public, and if a recent poll is any indication, it could pass by a mammoth margin.

Supporters say the so-called "right to pray" ballot measure—known as Amendment 2—better defines Missourians' First Amendment rights and will help to protect the state's Christians, about 80 percent of the population, who they say are under siege in the public square.

Opponents, meanwhile, say that the religious protections Amendment 2 would offer are already guaranteed by the Bill of Rights and the U.S. Constitution, and that it will open the door to all manner of unintended and costly consequences including endless taxpayer-funded lawsuits.

The measure has already provoked lawsuits over its ballot wording, which plaintiffs argue is a Trojan horse attack on the state's 200-year-old protections for religious minorities, public education and church-state separation. Those lawsuits failed in Missouri's courts, and the measure's ballot wording will stand as written.

State Rep. Mike McGhee, a Republican, unsuccessfully sponsored the legislation that led to Amendment 2 for years before seeing it pass in the 2011 legislative session.

Last May, he told the Post-Dispatch that if the measure passes it would "send a message" that "it's OK to read a Bible in study hall" or "to pray briefly before a City Council meeting."

McGhee's pastor, the Rev. Terry Hodges of First Baptist Church in Odessa, said he had spoken with McGhee through the years about the legislation. He said that if Amendment 2 passes, it will "level the playing field."

Karen Aroesty of the Anti-Defamation League of Missouri and Southern Illinois said the 4 percent of Missouri believers who are non-Christian would find that hard to believe.

"That the majority is claiming to be persecuted is simply absurd," Aroesty said. "It boggles the mind that they say they are under attack."

Opponents say wording in the amendment that would "ensure that any person shall have the right to pray individually or corporately in a private or public setting" without disturbing the peace or disrupting a public meeting, opens the door to sectarian prayers at governmental meetings.

Groups such as the American Civil Liberties Union and Americans United for Separation of Church and State have questioned how disturbance or disruption would later be defined. What if one person's "right to pray" intrudes on another's right to abstain from prayer, or to pray according to the tenets of his or her own faith?

Charles Haynes, a senior scholar with the nonpartisan First Amendment Center in Washington, said while the proposed amendment "reaffirms legislative prayers for government bodies, it doesn't make clear that if those prayers are regularly of one particular faith, the practice would likely be struck down as unconstitutional."

Some of the most discussed pieces of the proposed amendment deal with education and students' rights. One section says that "no student shall be compelled to perform or participate in academic assignments or educational presentations that violate his or her religious beliefs."

Josh Rosenau, programs and policy director for the National Center for Science Education, said allowing students to opt out of assignments would be problematic.

"What if a student says that long division is against his religion? Would he be accommodated by his math teacher? How?" he asked. "It's clearly a frivolous objection, but do we want the state deciding whose religion is frivolous and whose sincere?"

Missouri's four Catholic bishops issued a statement of support on July 20, and John Yeats, executive director of the Missouri Baptist Convention, said the vote on Amendment 2 was about "democratic clarity."

But Episcopal Bishop Wayne Smith of Missouri said prayer in public schools "becomes the vehicle for a sectarian agenda, typically Christian and typically Protestant, in violation of the no-establishment clause of the U.S. Constitution's First Amendment." Leading Jewish and Muslim groups also oppose the measure.

Most outside experts say Amendment 2 is bound for the courtroom, with Haynes saying the "result will be a mess."

"If this were to pass, and it probably will, it will surely be challenged in federal court," said David Kimball, a political science professor at the University of Missouri-St. Louis. "And the language seems to me so hackneyed that federal courts will strike this down pretty quickly."

Missouri to Vote on Prayer Amendment as Critics ...