Update (Jan. 24): According to new research from PRRI, 30 percent of Americans now say that better mental health screening and support is the best way to prevent mass shootings from occurring in the United States–an eight-point increase over data collected before December's Sandy Hook shooting.

Yet, white evangelical Protestants stand out as the group least likely to support stricter gun control laws (38% favor, 59% oppose). In addition, they are are the only religious group "in which a plurality (40%) say that putting more emphasis on God and morality in school and society is the most important thing that could be done to prevent future mass shootings." 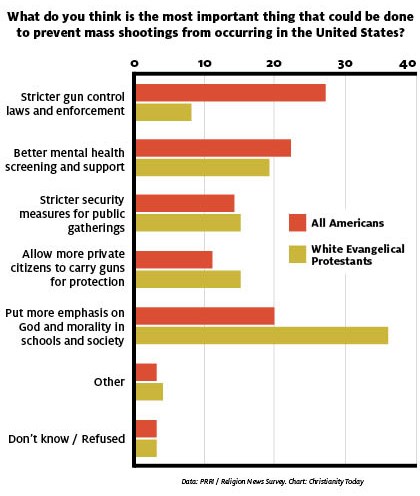