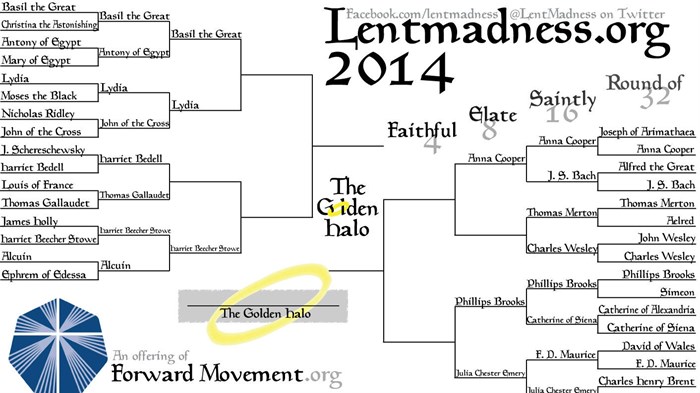 March Madness may be coming to a close. But single-elimination competition won't end with Monday's NCAA men's national championship—thanks to Lent.

Or rather, Lent Madness. Launched in 2010 by a Massachusetts pastor, Tim Schenck, the bracket offers a unique Lenten devotion that combines his love for church history and sports.

"We put 32 saints in a basketball-type bracket, and they go at it," said Schenck, rector of St. John the Evangelist in Hingham, told NPR. Each day's match-up features two saints, and readers vote for their favorite to determine who advances to the next round.

The first round consists of basic biographical information about each of the 32 saints. Things get more interesting in the subsequent rounds as the bloggers expose quirks, explore legends, and even "move into the area of saintly kitsch." On April 16, a winner will be declared and crowned with the coveted Golden Halo.

Other names some evangelicals may recognize are Lydia of Thyatira, Antony of the Desert, Basil the Great, John of the Cross, Catherine of Siena, and Thomas Merton.

Still, others—like Phillips Brooks, Harriet Bedell, and Alfred the Great—are more likely to be recognized by Christians from mainline traditions or Roman Catholicism.

Schenck wants to make church history, particularly hagiography (the biographies of saints), fun and engaging for ordinary people. And he wants these saints to come alive in readers' imaginations.

"So often we stick saints in stained glass and we put them in statues, or trap them into oil paintings," Schenck told NPR. "But these were real people with blood coursing through their veins. And so as people learn about these different saints, they are really drawing some inspiration from their lives."

Meanwhile, another Lenten devotion continues: abstention. CT previously noted how Twitter offers a window into what people gave up most in recent years. But a new chartmaker from Stephen Smith of OpenBible.info lets people compare trends over time. Here are a few charts that caught CT's eye: 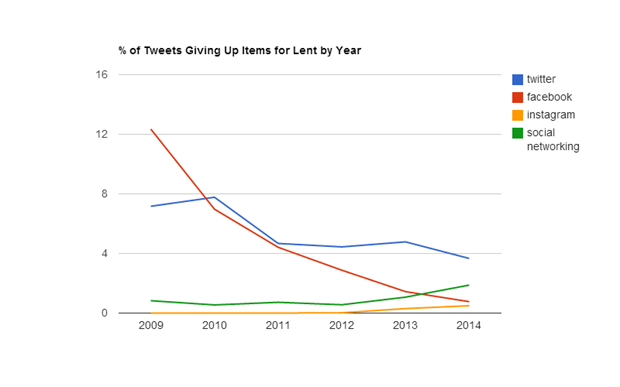 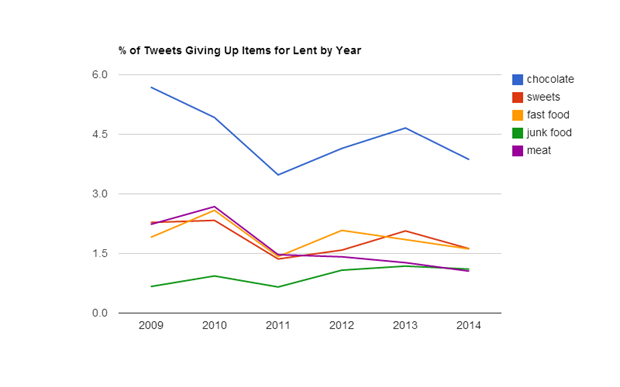 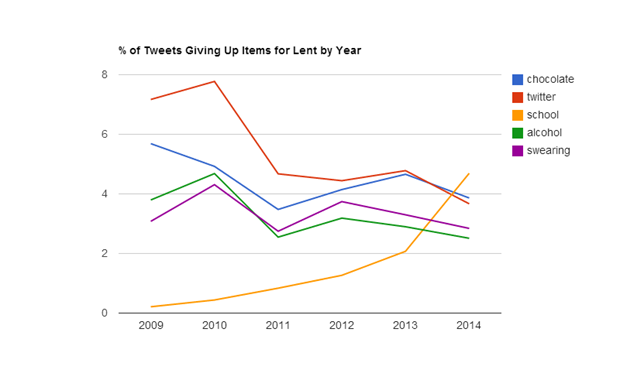 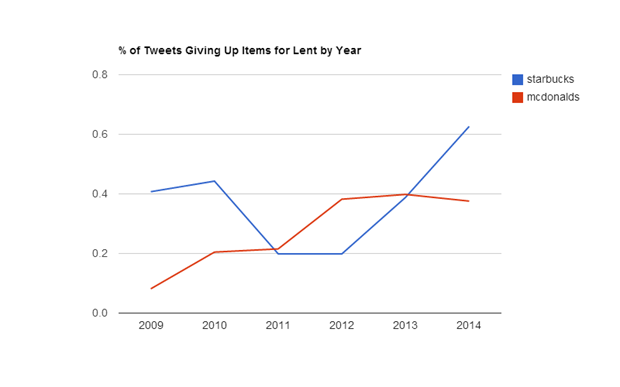 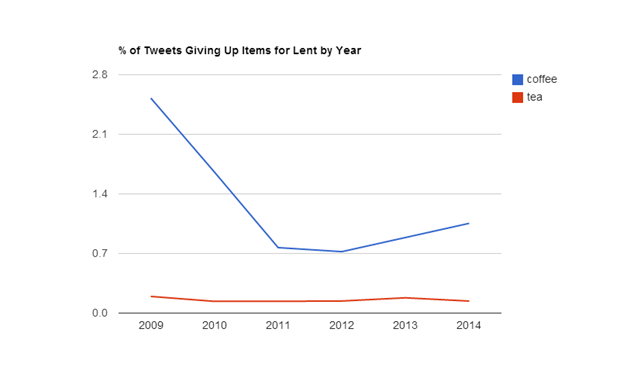