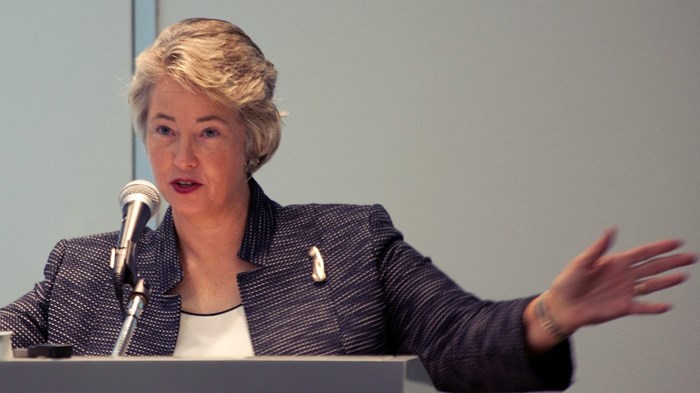 The decision came a day after Parker met with Houston pastors (including Chris Seay, who wrote about the subpoenas for Leadership Journal), as well as clergy leaders from across the country who have defended the subpoenaed pastors’ religious freedom.

"It was never our intention to interfere with clergy and their congregants,” Parker said. “I don't want to have a national debate on freedom of religion when my purpose is to defend ... a city ordinance."

According to Parker, the subpoenas—once modified to exclude sermons—are “legal, valid, and appropriate," but unintentionally pushed the city into a broader religious debate that wasn’t good for the city or its efforts to defend its new ordinance. “This is not about silencing my critics; this is about doing the right thing,” she said.

The Alliance Defending Freedom, which represented the subpoenaed pastors, called the decision a triumph of pastors' First Amendment rights over government intimidation.

As a part of a national campaign against the subpoenas, people have been sending Mayor Parker hundreds of sermon notes and Bibles. Parker said the city will be distributing the Bibles through the police force: “The Bibles were a loving gift for the city of Houston, and we’re going to pass them on.”

Update (Oct. 17): New subpoenas issued Friday by the City of Houston do not ask five local pastors for sermon notes, instead limiting their request to instructions regarding a petition to repeal the city's equal rights ordinance.

The word "sermon" has been removed, as well as the requests for pastors' teachings on sexuality and gender identity. The subpoenas still list all speeches, presentations, documents, text messages, emails, and other communication related to the ordinance, the petition, and their campaign to collect signatures.

City just refilled subpoenas in #HERO. Clarified our intent. No mention of sermons. All about petition process instructions.

Never intended to interfere w/ pastors & their sermons or an intrusion on religion. Our discovery motion now clearly focused on petition.

When the petition against the equal rights ordinance—assembled as part of a citywide, church-led campaign—was dismissed in August, City Attorney Dave Feldman cited issues with signatures. During the subpoena process, he has also brought up concerns over orchestrating political organizing from the pulpit.

The lawsuit against the city alleges that the city secretary is responsible for assessing petitions, and that theirs was subject to additional scrutiny when Feldman himself reviewed it and threw out thousands of pages as invalid.

So opponents are now asking: If we are suing you for mishandling our petition, what does it matter what we said about it?

“The only real question is, ‘Did the right number of people sign the petition?’” said Joe La Rue, legal counsel from Alliance Defending Freedom, which is representing the five subpoenaed pastors.

With the subpoenas, city attorneys appear to be seeking evidence that organizers misled participants by misrepresenting the ordinance or the rules for the petition. But even in those instances, "the city charter doesn't tell citizen organizers how to get signatures," said Kyle Bryant, a lawyer in Houston who has been following the case.

(Oct. 16): After Houston's efforts to subpoena sermons made national news, the mayor of Houston has decided to narrow the requests and a state official is calling on the city to drop them altogether.

Major evangelical voices such as John Piper, Russell Moore, and Eric Metaxas decried the move following Tuesday's headlines, joined later by groups on the other end of the theological and political spectrum, such as Americans United for Separation of Church and State and Interfaith Alliance.

Houston-area pastors, too, pleaded with the city to back off. Houston Christians called church offices Wednesday wondering if their pastors had been asked to turn over sermon notes and a long list of other church-related communications.

“People are up in arms thinking Houston has subpoenaed every pastor in the city,” said Steven Murray, spokesman for Houston’s First Baptist Church. "It’s five specific ones." And as he's told curious members: No, the megachurch’s lead pastor, Gregg Matte, was not among the five.

Hundreds of churches were involved in a citywide campaign to repeal the new equal rights ordinance, signed into law by Mayor Annise Parker in May. The ordinance (PDF), among other things, grants transgender people access to the restroom of their choice in public buildings and businesses, excluding churches. It has not yet been implemented.

The city has subpoenas to five members of the leadership team of the Houston Area Pastor’s Council, a political action group that organized a referendum drive to get the city to put the ordinance up for a vote.

In a lawsuit filed in August against Mayor Parker and the City of Houston, the plantiffs (two Missionary Baptist pastors, a former Republican party leader, and another citizen) allege that Parker’s office failed to follow proper procedure when counting and verifying their petition’s signatures, unfairly dismissing their request for a referendum. Opponents to the ordinance say they brought in 50,000 signatures, triple the amount needed. The city says that many of the signatures were illegible or not verifiable.

Welch (who does not pastor a congregation) said the subpoenaed pastors were five of the most visible church leaders organizing the referendum.

Mayor Parker said Wednesday that the initial subpoenas—asking for “all speeches, presentations, or sermons related to HERO (Houston Equal Rights Ordinance), the Petition, Mayor Annise Parker, homosexuality, or gender identity prepared by, delivered by, revised by, or approved by you or in your possession”—were overly broad and will be amended to include only communications related to the equal rights ordinance. She also indicate that they had been prepared without her review by attorneys working pro-bono for the city. But earlier in the day, Parker had tweeted her support of the subpoenas, saying:

If the 5 pastors used pulpits for politics, their sermons are fair game. Were instructions given on filling out anti-HERO petition?

In a letter dated Wednesday (PDF), Texas Attorney General Greg Abbott told Houston to immediately drop the subpoena requests. Even if they had been prepared by outside counsel, "these lawyers acted in the city's name, and you are responsible for their actions."

"Government officials must exercise the utmost care when our work touches on religious matters," he said. "Your aggressive and invasive subpoenas show no regard for the very serious First Amendment considerations at stake."

The Alliance Defending Freedom (ADF) has submitted a motion on behalf of the five subpoenaed pastors, asking that the city quash its request. Subpoenas limited to communications on the equal rights ordinance would still be overly broad, said ADF legal counsel Joe La Rue.

The Houston case, because it involves an issue and not a political candidate, does not fall under that regulation, La Rue said. “Pastors can speak about issues—same-sex marriage, abortion, the environment, immigration—and there’s nothing wrong with that and certainly nothing illegal,” he said.

Houston lawyer Kyle Bryant reviewed the legal grounds of the case on his blog and warned fellow Christians against reading too much into the subpoenas:

… The reality is that we are merely dealing with an overbroad discovery request from a zealous trial lawyer employed by the city. So the sky is not falling. This is not a government-wide "approval" system of pulpit messages. The pastors aren't being threatened with punishment merely for the contents of their sermons.

But this is harassment, and the small things add up. A government that tries to intimidate pastors who would seek to employ the democratic process to repeal a morally questionable piece of legislation is no friend of liberty, religious or otherwise.

CT previously reported on anti-discrimination ordinances in Texas when San Antonio expanded its policy last year to include bias against sexual orientation and gender identity.