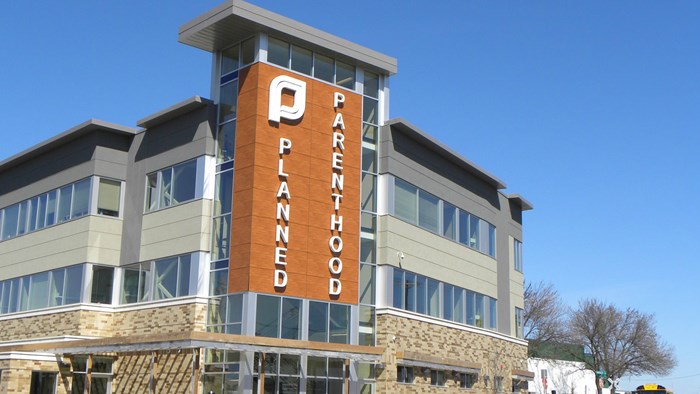 (Update) August 15: A California tissue acquisition company has cut ties with Planned Parenthood after a series of undercover videos raised questions about its business practices.

StemExpressLLC, which touted the financial benefits of fetal tissue donation and advertised fetal liver calls, has been accused by a former employee of demanding tissue donations without consent. The accusations were made in a video released this week by activists from the pro-life Center for Medical Progress.

StemExpress denied those allegations in a statement on its website:

StemExpress unequivocally denies the allegations made by Holly O’Donnell and The Center for Medical Progress (CMP) and reaffirms that it has never obtained blood or tissue samples from a patient without first obtaining consent. Ensuring that patients have provided consent for blood or tissue donation to support medical research, education, or treatment is a threshold issue that is non-negotiable for StemExpress.

At least one university has stopped doing business with StemExpress due to the controversy over the videos.

The company has sued CMP to block the release of undercover video of a May meeting between StemExpress leaders and CMP activists in disguise. A judge issued a temporary restraining order against CMP in late July.

On Thursday, a California superior court refused to grant StemExpress access to the CMP video, according to documents posted by Alliance Defending Freedom, a Christian legal group:

Plaintiff does not persuade the Court that the discovery it seeks is necessary to obtain the preliminary injunction. That is because it appears unlikely that the Court is going to grant the preliminary injunction. The injunction Plaintiff seeks would prevent Defendants from disseminating the videotapes. First, this proposed injunction would constitute a prior restraint on the Defendants' rights under the First Amendment and the parallel protections under the California Constitution.

On Friday, StemExpress announced it was cutting ties to Planned Parenthood.

“We value our various partnerships but, due to the increased questions that have arisen over the past few weeks, we feel it prudent to terminate activities with Planned Parenthood,” the company told Politico in a statement. “While we value our business relationship with Planned Parenthood, that work represents a small percentage of our overall business activity and we must focus our limited resources on resolving these inquiries.”

Officials in New Hampshire, Alabama, and Louisiana have announced plans to defund Planned Parenthood in the wake of a series of undercover videos from a pro-life group.

But cutting that funding may violate federal law, reportsThe Wall Street Journal, since Medicaid beneficiaries can receive services from “any qualified provider.”

That includes Planned Parenthood, according to federal officials, who have warned states against cutting funds to the billion-dollar nonprofit.

The warning comes as the Center for Medical Progress (CMP) released its sixth video targeting Planned Parenthood. The video is the sixth in a series of twelve that the pro-life group plans to release.

In the latest video, a former tissue procurement technician says she was told to acquire fetal tissue without consent at a Planned Parenthood clinic in California.

Holly O’Donnell claims her former supervisors at StemExpressLLC told her that getting tissue donations was a demand and not an option. Federal law requires that a woman having an abortion give consent for donating tissue.

“If there was a higher gestation, and the technicians needed it, there were times when they would just take what they wanted,” O’Donnell said in the video. “And these mothers don’t know. And there’s no way they would know.”

In the past, Navarrett has described himself as pro-choice. The videos, he wrote in the Daily Beast, have made him question that position.

“It’s jarring to see doctors acting as negotiators as they dicker over the price of a fetal liver, heart, or brain, and then talk about how they meticulously go to the trouble of not crushing the most valuable body parts,” he wrote. “This practice is perfectly legal, and for some people, it is just a business. With millions of abortions each year in America, business is good.”

“So Planned Parent does nothing, yet they still are receiving $50, $75, or $100 per specimen,” he told CT in an interview earlier this summer. “So they are clearly selling fetal tissue for valuable consideration and for a profit—and that is very clearly against the law.”

The Post and other news outlets recently examined competing claims about Planned Parenthood’s funding and service.

Planned Parenthood claims that only 3 percent of its services are abortion-related. A story by Rachael Larimore, a writer for Slate.com, labeled that claim as “the most meaningless abortion statistic ever.” Most women who have abortions at Planned Parenthood also have other related services at the same time.

Overall, Larimore pointed out, about a third of Planned Parenthood’s income comes from abortion.

Americans remain divided over the issue of abortion. Earlier this year, a Gallup poll found that half (50 percent) describe themselves as pro-choice. Forty-four percent say they are pro-life.