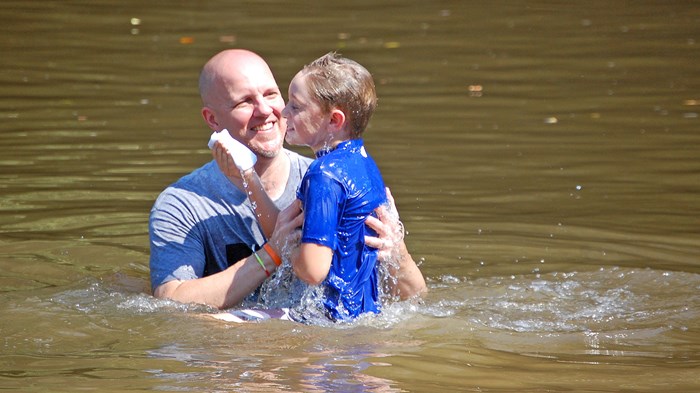 There are now more Southern Baptist churches than ever before: 46,449 as of last year.

As the nation’s largest Protestant group prepares to meet in Columbus next week, it reported its largest annual decline in more than 130 years—a loss of 236,467 members.

With just under 15.5 million members, the Southern Baptist Convention (SBC) remains the largest Protestant group in the United States. But it has lost about 800,000 members since 2003, when membership peaked at about 16.3 million.

This past year, however, the number of SBC churches grew by 1 percent to 46,449. That’s in part due to church planting efforts, aimed at starting new churches. Southern Baptists started 985 new churches in 2014, up 5 percent from the previous year.

Pew also found that Southern Baptists are aging, with the median age rising from 49 in 2007 to 54 in 2014. That makes them older than Nazarenes, "nones," and nondenominational Christians, but younger than Presbyterians, Episcopalians, and Methodists.

Frank S. Page, president of the SBC’s Nashville-based executive committee, said that the numbers were disappointing.

“The truth is, we have less people in our churches who are giving less money because we are winning less people to Christ, and we are not training them in the spiritual disciplines of our Lord,” he told Baptist Press.

Ed Stetzer, executive director of LifeWay Research, has been forecasting the SBC’s decline for years. Stetzer says the decline started in the 1950s, when the SBC was growing by about 3 percent a year. That growth slowed, then stalled, then stopped.

“Facts are our friends, and the fact is the SBC decline is not reversing, it’s accelerating,” Stetzer wrote in a blog about recent ACP report. “But, it is not too late to make changes that will reverse it—and to do so together.”

A national prayer gathering, aimed at inspiring Southern Baptists to evangelize, will be simulcast from the meeting in Columbus, Ohio, on Tuesday.

SBC leaders have been trying to reverse their declining baptisms—which peaked at 445,725 in 1972—for decades. A 2004 campaign to baptize one million people led to a slight increase, but fell about 600,000 baptisms short. Baptisms have declined in 8 of the last 10 years.

As CT noted, Baptist leaders also worried about the growing number of preschoolers—those under 6—being baptized from 2005–2010, which was one of the only ages to show growth. The SBC changed its categories in 2011, but young children (those under 11) remain one of the largest groups being baptized. In 2011 and 2012, those under 11 were the largest category, followed by adults over 30.

There have also been concerns that more than half of SBC churches baptized no millennials.

Other topics likely to be raised at the upcoming meeting include the decision to allow candidates who speak in tongues as possible missionaries. The SBC’s International Mission Board (IMB) made that change earlier this year, in order to allow more Baptists to serve overseas.

A former IMB trustee, who helped put in a place a ban on speaking in tongues more than a decade ago, questioned the new policy, saying it "implies a ‘ya’ll come,’ lowering-of-the-bar openness.”

Editor's Note: This story was updated with more information about the preschooler baptisms.