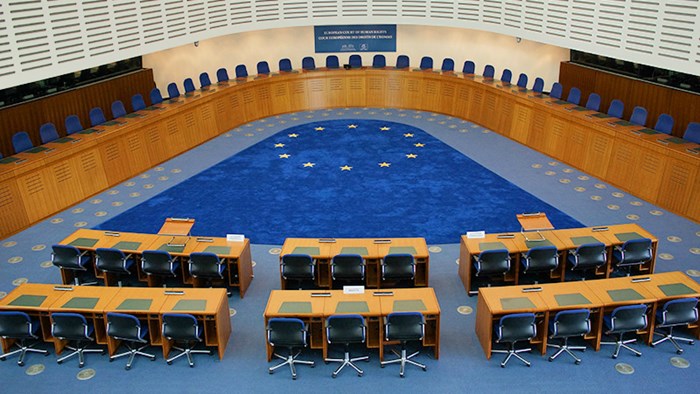 After more than 1 million migrants entered Europe last year, Sweden has been tightening its asylum process—including a plan to deport up to 80,000 migrants that didn’t pass muster.

Yet the Scandinavian country can no longer deport one migrant—an Iranian Christian man identified only by the initials F. G.—back to Iran without first considering how its Islamic regime will treat him due to his conversion from Islam, the European Court of Human Rights (ECHR) ruled last month.

F. G., who was born in 1962, had been arrested three times in Iran for helping to create and publish web pages that were critical of its government. When he was summoned to the Revolutionary Court in 2009, he fled to Sweden.

F. G. did not relay his conversion to Christianity during his asylum proceedings, preferring to keep it private. And since the summons to the Iranian court weren’t repeated, and his family hadn’t been targeted by Iranian authorities, the Swedish Migration Board ruled that he was safe to return to his home country.

When F. G. requested a stay on his deportation order, based on his conversion to Christianity, the migration board dismissed the evidence as old, and his case not worth reconsidering.

F. G. appealed to the ECHR. At first, a chamber court said he wasn’t at risk in Iran because the authorities there didn’t know about his conversion.

“[R]egardless of the applicant’s conduct, the competent national authorities have an obligation to assess, of their own motion, all the information brought to their attention before taking a decision on his removal to Iran,” the court wrote. “It follows that there would be a violation of Articles 2 (right to life) and 3 (prohibition of torture and of inhuman or degrading treatment) of the Convention if the applicant were to be returned to Iran without an ex nunc assessment by the Swedish authorities of the consequences of his conversion.”

The international branch of Alliance Defending Freedom (ADF) provided legal analysis and background information to the ECHR on the Iranian convert’s behalf.

“Sadly, the anti-conversion laws in Iran pose a direct threat to those who have converted to Christianity, and we must ensure that a convert’s right to life is being upheld by all means,” ADF senior counsel Paul Coleman stated.

“The first ruling of the court ignored the fatal consequences a conversion to Christianity in Iran might have,” stated Robert Clarke, director of European advocacy for ADF International. “It also disregarded former decisions of the court concerning Iranian converts, where judgments were issued in favor of the converts.”

Iran, which is ranked No. 9 on Open Doors’s list of the world’s hardest places to be a Christian, has a thriving underground church movement and an estimated 450,000 practicing Christians. It is often cited as one of the strongest revivals in the world today.

“The house churches are causing such rapid growth in conversions it is unmatched by any other country in the Middle East,” Open Doors spokesperson Emily Fuentes toldWorld magazine. She said part of the reason for the growth is the severity of the persecution.

Iran’s house churches are “mushrooming” even though its government has “imprisoned or harassed most pastors into exile,” reports Morning Star News (MSN).

“Now that the ‘official’ [government-allowed] churches have been closed, there is nowhere they can go to that they can freely worship the Lord, and this is something that has affected a lot of people,” Rob Duncan, Middle East Concern’s region manager for Iran, told MSN. “[The Persian speakers] are being forced into house churches; they have no practical alternative.”

Sweden isn’t the only country to tighten its borders. Finland announced a plan to deport 20,000 of the 32,000 migrants it took in last year, and Germany proposed a law that would speed up the asylum process, streamline deportation, and make protected refugees wait two years before bringing their families to join them.

In the Czech Republic, 25 Iraqi Christians who had been given asylum are being deported back to Iraq after they attempted to flee to Germany.

Sweden also has company in its attempts to send Iranian Christians back to Iran. Last month, Canada’s federal court ordered the Immigration and Refugee Board to re-examine the case of an Iranian police lieutenant-colonel who fled to Canada after converting to Christianity. Mohammadreza Habibi was considered a war criminal because he worked for the government, and the refugee board denied him asylum. But the board didn’t properly apply the war crime complicity law, the federal court said.

Canada’s immigration and refugee board has come under fire before for how it tests the religious knowledge of applicants. So has an immigration judge in New York City, who asked a Chinese applicant what forms of persecution the Apostle Paul perpetrated against Christians and what year Paul converted to Christianity. The denial of the Chinese man’s application was reversed.

Last fall, a federal immigration judge ordered 15 Iraqi Christians deported from California for immigration fraud—not because they were illegally coached on the tenants of Christianity, like in a New York City fraud ring—but because they had already been granted safe haven in Europe.

Facing difficulty in finding jobs or housing in Europe, a small but growing number of refugees are voluntarily heading back to the Middle East, the Associated Press reports. The number of those applying for repatriation to Iraq rose from 100 a month in January 2015 to more than 1,000 in February 2016, according to the International Organization for Migration.