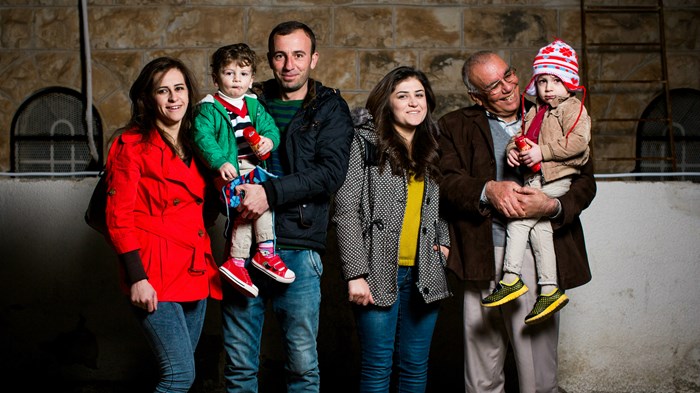 Southern Baptists adopted a resolution this morning encouraging fellow believers to offer “care, compassion, and the gospel” to refugees, while at the same time calling on the American government to “implement the strictest security measures possible in the refugee screening and selection process.”

While on the floor of the annual meeting of the Southern Baptist Convention (SBC), Resolution 12 on “refugee ministry” was amended to encourage Southern Baptists “to welcome and adopt refugees into their churches and homes as a means to demonstrate to the nations that our God longs for every tribe, tongue, and nation to be welcomed at his throne.”

“We’re of course very encouraged by this,” Matthew Soerens, US director of church mobilization for World Relief, told CT. “One of World Relief’s core programs is helping local churches (including many Southern Baptist congregations) welcome refugees.”

(Last year, CT reported how World Relief disagreed with half of US governors after the Paris attacks changed how Americans view refugees and US churches became twice as likely to fear refugees as to help them.)

Hours later, World Relief happened to have an announcement of its own: After 11 years with the humanitarian arm of the National Association of Evangelicals, president Stephan Bauman will leave to become the executive director of Cornerstone Trust, a grant management firm based in Grand Rapids, Michigan.

“I am sorry to see Stephan go,” stated World Relief CEO Tim Breene. “He has made a huge contribution to World Relief over his 12 years, including his tenure as president and CEO. Stephan played a pivotal role in bringing World Relief back to its core mission and roots. 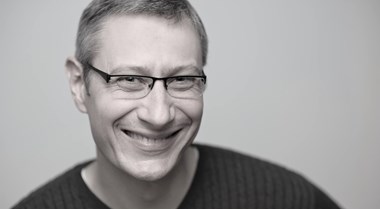 “He has overseen the expansion of World Relief’s footprint both in the US and the Middle East. In the last year in particular, Stephan has been a leading voice on the plight of refugees and the displaced around the world.”

Scott Arbeiter, a Milwaukee pastor and former chair of the World Relief board, will begin serving as World Relief’s new president on August 15.

“The decision to leave World Relief has not been easy, but I am encouraged by what we have achieved together,” Bauman stated. “After much reflection, the time is right for me to take on a new challenge.

“The role with Cornerstone will give me the opportunity to leverage my years of experience in relief and development towards serving the most vulnerable through philanthropy.”

Bauman joined World Relief in 2005 as the country director for World Relief Rwanda, then became senior vice president of programs in 2007. In 2011, he was elected the president and CEO.

In January, World Relief restructured its leadership, splitting the roles of CEO and president. Bauman remained as president and Breene, who had been acting as interim CMO, became the CEO. World Relief explained the divide in responsibilities:

“The partnership between Stephan and Tim is critical to our success,” stated board chair Steve Moore at the time.

The change was sparked by World Relief’s desire to encourage churches to help the vulnerable.

“While we are proud of the progress and impact we have made in the last few years, in order to experience a new horizon of growth, we must invest in our systems and overall economic model to extend our promise to the most vulnerable, our partners and staff,” Moore stated.

The SBC noted that “the world is facing the largest refugee crisis since World War II, with over 60 million people displaced throughout the world and considered refugees,” and that “there are expected to be 85,000 refugees coming into the United States in 2016 from four continents and the Caribbean.”

It also noted that the SBC’s “history of refugee ministry includes the sponsoring of almost 15,000 refugees from 1975–1985, resulting in the starting of 281 ethnic churches and a 1985 resolution commemorating this decade of ministry.”

CT noted World Relief’s explanation for why there are so few Christians among the thousands of Syrian refugees resettled in America, as well as the #PrayForRefugees campaign that World Relief and others used to mark the fifth anniversary of the Syrian civil war.

World Relief offers an infographic on the current US screening process for refugees: 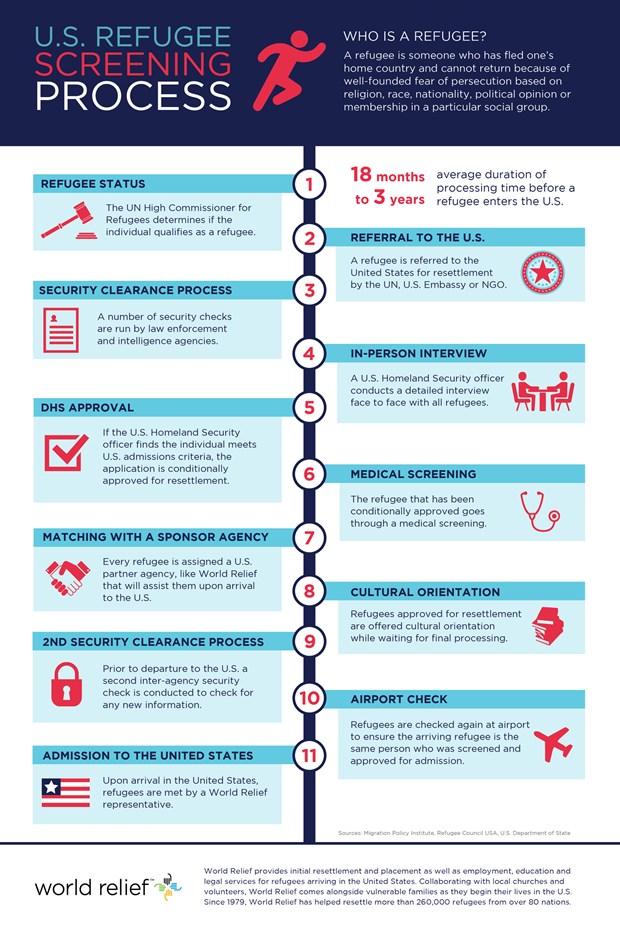