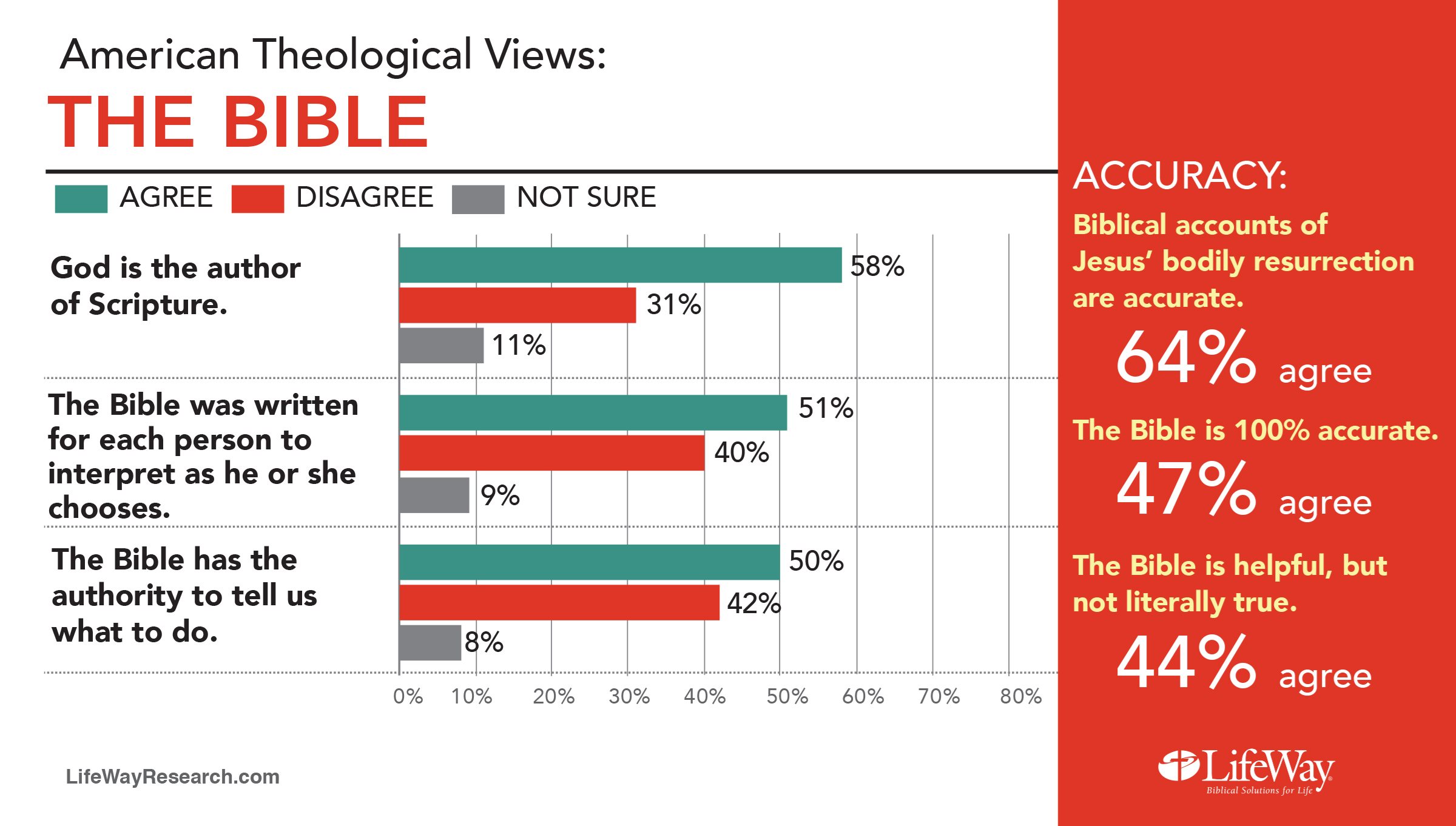 How well does the average American understand basic Christian doctrine? For that matter, how about the average evangelical?

Perhaps not all that differently. And perhaps it matters how the questions are asked.

Reprising their ground-breaking study from two years ago, LifeWay Research and Ligonier Ministries released an update today on the state of American theology in 2016. Researchers surveyed 3,000 adults to measure their agreement with a set of 47 statements about Christian theology—everything from the divinity of Christ to the nature of salvation to the importance of regular church attendance.

About two-thirds of Americans said that God accepts the worship of Christians, Jews, and Muslims (64%); around the same number agreed strongly or somewhat that there is one true God (69%), that he is perfect (65%), and that he still answers prayers (66%).

Of the 3,000 respondents, LifeWay identified 586 as evangelicals by belief: those who strongly agreed that the Bible is the highest authority for Christian belief; that personal evangelism is very important; that Jesus’ death on the cross was the only way to cancel the penalty of sin; and that trusting in Jesus is the only way to eternal salvation.

In the previous study, evangelicals identified themselves. The results revealed that they had a surprising level of confusion surrounding core Christian doctrine, including whether Jesus was fully divine, whether the Holy Spirit was a force or a personal being, and whether salvation depends on God or humans making the first move.

But this year’s study showed similar results, indicating that not only are those who self-identify as evangelical confused about the basic tenets of their faith, but so are those who fit the National ...